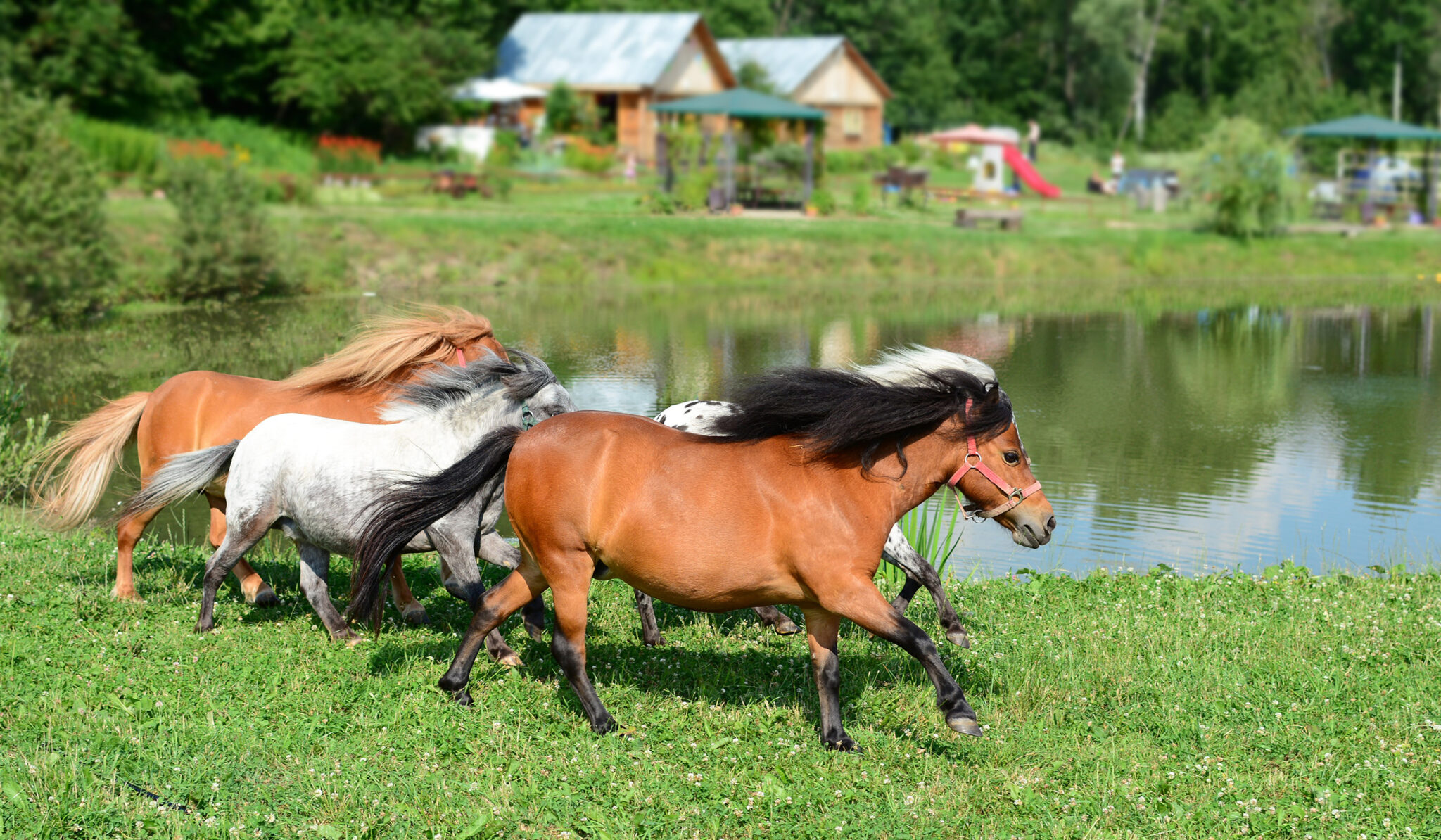 Breed origin: The ancestors of the Falabella are believed to have been brought to Latin America by the Spaniards, eventually forming large wild herds that roamed the vast pampas and in turn gave rise to various breeds including the Criollo. Shaped by natural selection, they became incredibly hardy and intelligent, and tended to be shorter than their Iberian ancestors. This, combined with inbreeding, produced a number of remarkably small horses.

In the 1840s, a gentleman by the name of Patrick Newtall spotted these small horses in the herds of Mapuche Indians in the Buenos Aires region of Argentina. Newtall started collecting the smallest he could find, and began a breeding program in 1868. After Newtall’s death, his son-on-law, Juan Falabella, inherited his herd and breeding methods. For generations, the Falabella family strove to achieve their breeding goal: well-structured, harmonious horses standing less than 40 inches high. Many different bloodlines were introduced to the program in pursuit of this goal, including Welsh, Shetland, Thoroughbred and Criollo. Gradually, the breed’s height was further reduced and its colouring became more diverse, with appaloosa and pinto patterns appearing. A breed registry was established in the 1940s and Falabellas were first brought to the United States in 1962. The 12 stallions and various mares that were imported on that occasion became the foundation stock for most American-bred Falabellas. It wasn’t long before the Falabella family were exporting their horses all over the world, drawing huge attention from the rich and famous! Since then, the Falabella has trotted across nearly every corner of the globe, led by its adoring fans.

Distinguishing features: The Falabella Miniature Horse is one of the smallest horse breeds in existence. The average height of a fully-grown Falabella is between 71 and 86cm (28 and 34 inches). That’s less than 8 hands high! However, the Falabella is not considered a pony, but rather a miniature horse due to its bloodlines. The breed is strong for its size and most Falabellas can be ridden by small children and pull small carts. They are also excellent unridden jumpers, clearing obstacles of up to 90cm (3ft). Falabellas are hardy, intelligent, docile and trainable, with balanced conformation and a refined appearance. Their legs are strong and their body is slim yet compact. They have a dished forehead, bright eyes and a thick mane and tail. Falabellas can be many different colours including pinto and leopard-spotted, although black and brown are the most common.

Modern day Falabella: It’s estimated that there are a few thousand purebred Falabellas scattered across the world. They are used for a variety of purposes including as mounts for small children, therapy horses, guide animals for the vision impaired, and for showing in-hand and under harness. They are just as content being companion animals as they are in the show ring.