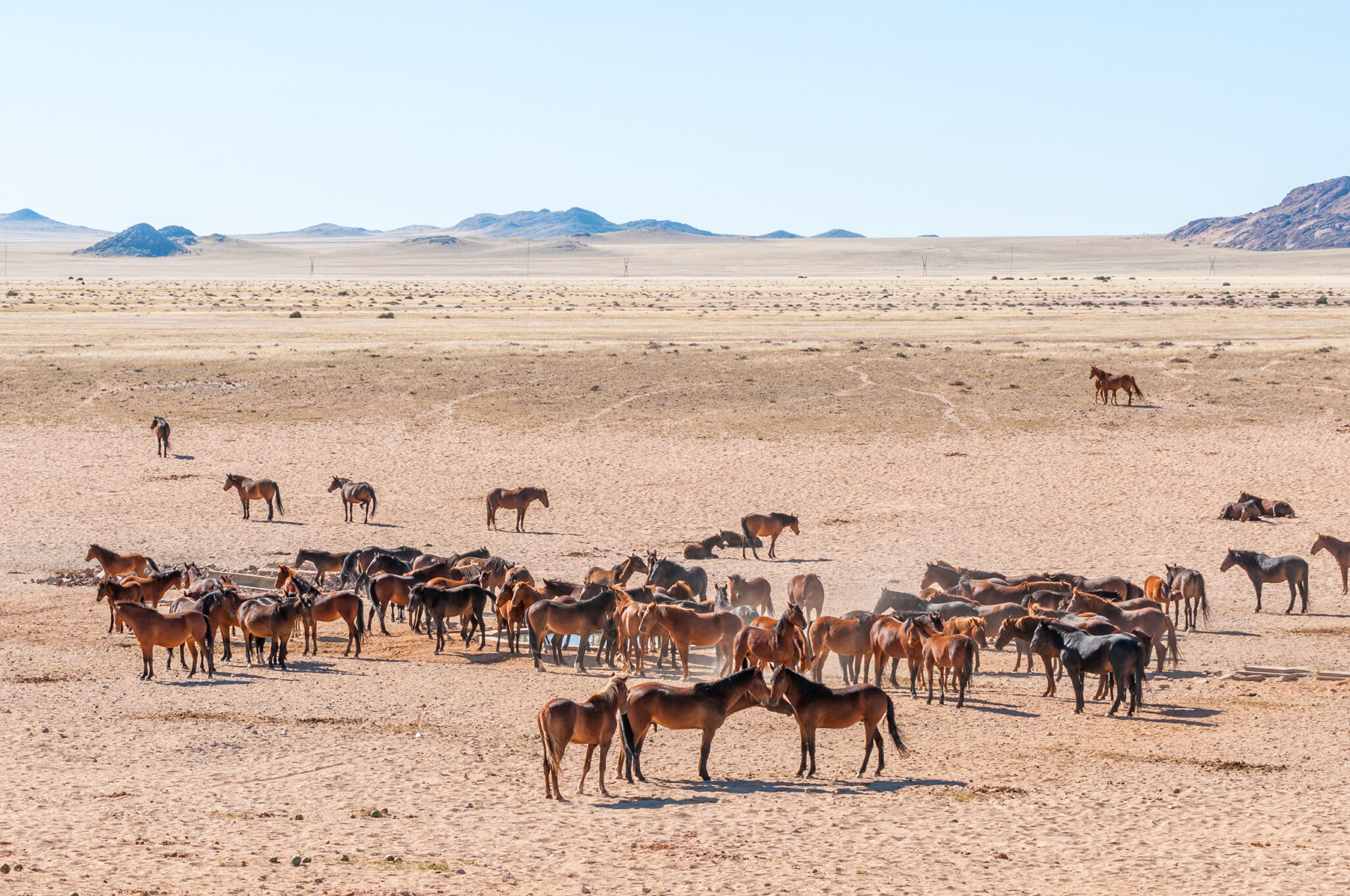 Breed origin: The Namib Desert Horse is a feral breed that has lived wild in the Namib Desert for around 100 years. The origin of these wild horses is still a matter of contention, and several theories exist. One theory is that their ancestors were German riding and cavalry horses that were released, abandoned or lost around the time of World War I. This is supported by the fact that there was a Union of South Africa camp housing 10,000 troops and 6,000 horses nearby. The camp was intermittently targeted by German bombs and the last bombing, which occurred in March 1915, targeted both the campsite and the nearby horses. It is thought that the Union troops may not have been able to catch all the loose horses before chasing after the retreating Germans.

Another theory relates to a stud farm operated by Emil Kreplin, mayor of the thriving town of Lüderitz from 1909 to 1914. At his stud farm on the Garub Plains, Kreplin bred horses for the racetrack at Lüderitz as well as working horses for the mines. However, he was interred by the Union of South Africa during the war and afterwards lost his fortune in Europe. The theory goes that left to their own devices, Kreplin’s horses scattered over the plains in search of water and better grazing, meeting other abandoned horses along the way.

The largest reliable water source in the area was a borehole near the town of Aus, which was maintained by the South African Railway. There are also a lot of natural springs in this region, and it became the centre of the wild horses’ territory. Since then, Namib Desert Horses have survived without human intervention in this harsh, arid environment, with natural selection increasing their resilience generation by generation. As a result, they are now considered a pure breed. Their grazing land was incorporated into the Namib-Naukluft Park in 1986, and the horses were allowed to remain thanks to their historical significance and beneficial effects on the local tourism industry. The horses’ health and impact on the environment is monitored, and some horses are captured on the very odd occasion that the population exceeds 200. 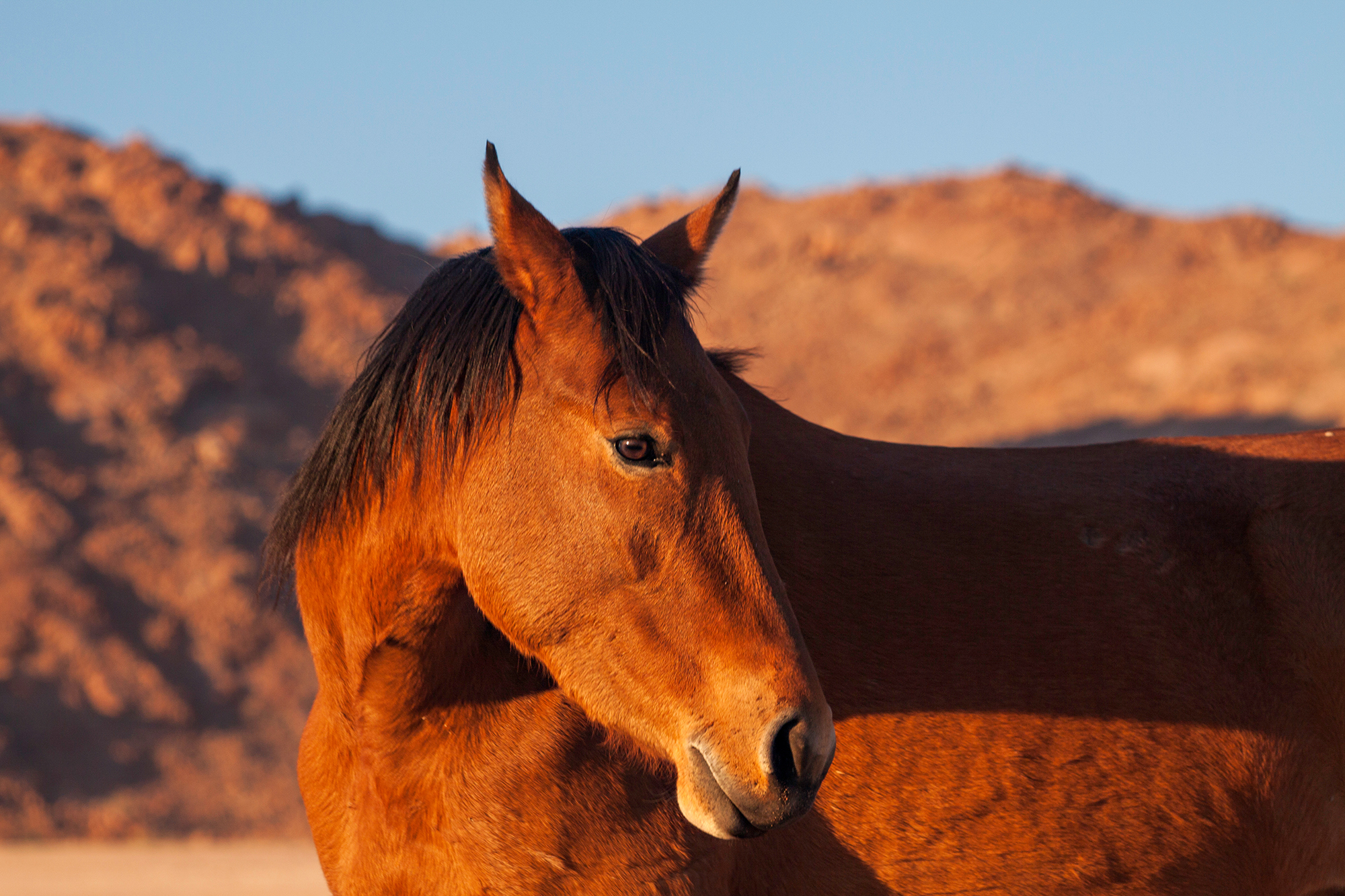 Distinguishing features: To survive in the desert, Namib Desert horses had to adapt to their environment – and quickly! While they are genetically more or less identical to tame horses, their behaviour is quite different. In dry times, when food and water are scarce, they enter ‘work mode’, in which their behaviour centres around conserving energy. They cover vast distances at a slow and steady pace, feed whenever they can, put off trips to the waterhole as long as possible, and hardly ever play. After rain, however, when food and water are plentiful, they enter ‘leisure mode’. Since they don’t need to travel far in order to feed, they stay fairly close to the waterhole, playing and resting during the day and grazing at night. These behavioural adaptations mean that even during severe drought, the horses’ overall condition decreases only a little.

Most Namib Desert Horses are bay, but chestnut, grey and brown are also seen. Many have a dorsal stripe running down their back. They are very athletic and muscular, with clean limbs and strong bones. They have refined heads, glossy coats, short backs and well-sloped shoulders. Their conformation shows the genetic influence of breeds such as the Trakehner, Shagya Arabian and Hackney, giving the overall appearance of a well-bred riding horse.

Modern day Namib Desert Horse: The Namib Desert Horse still lives wild on the Garub Plains, with the population fluctuating between 90 to 200 horses as droughts come and go. Only a handful have been captured and re-domesticated.

P.S. you might be lucky enough to stumble upon these horses in the wild on the Namib Desert Safari! 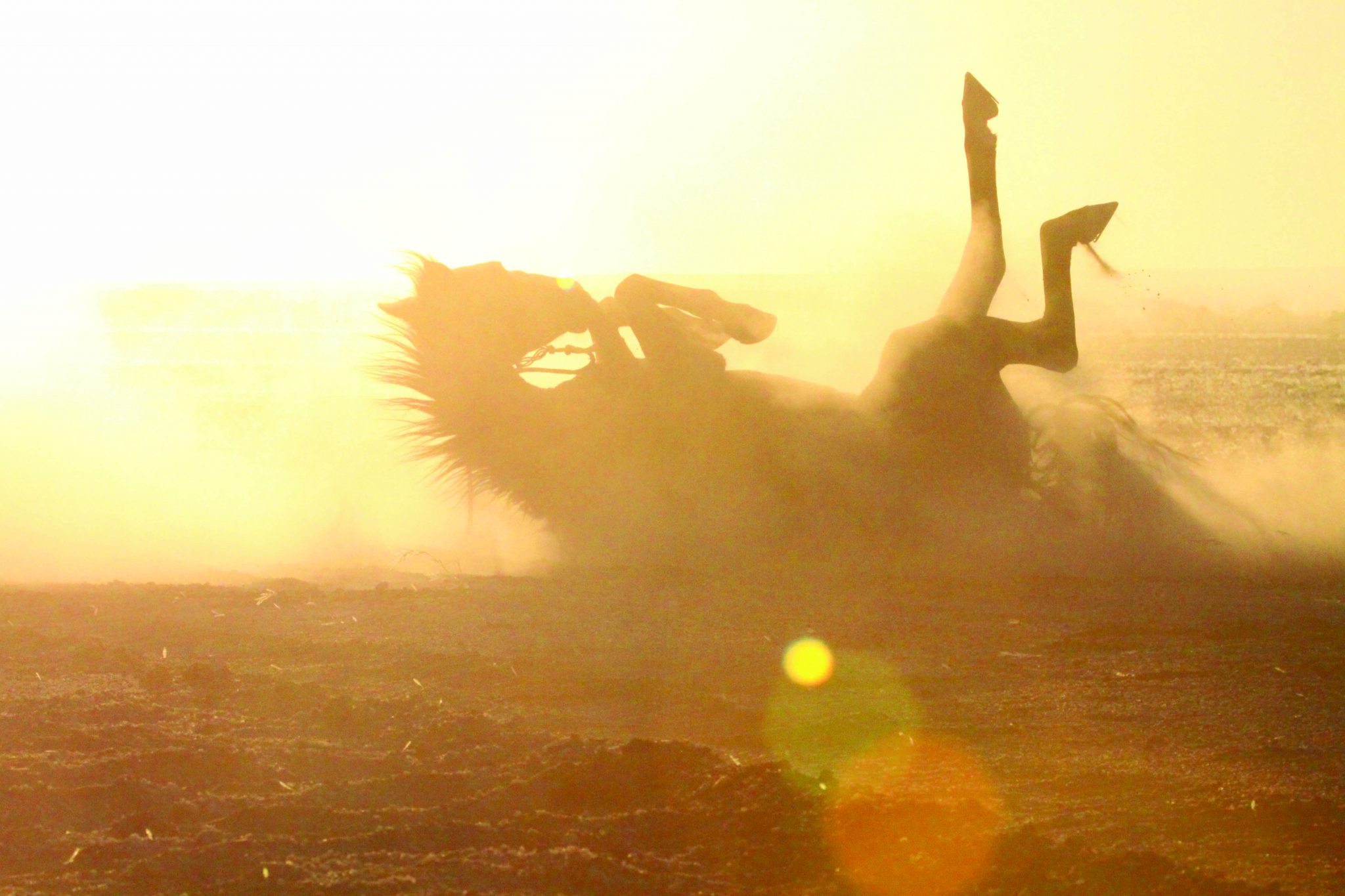 For those who thrive on a challenge, riding for 10 days across the expansive Namib Desert is a bucket list experience. 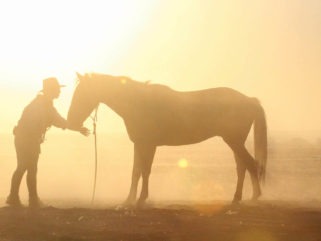 Come with us to one of the remotest pockets of Namibia, to an ancient, enchanted land that is constantly alchemised by water and earth.