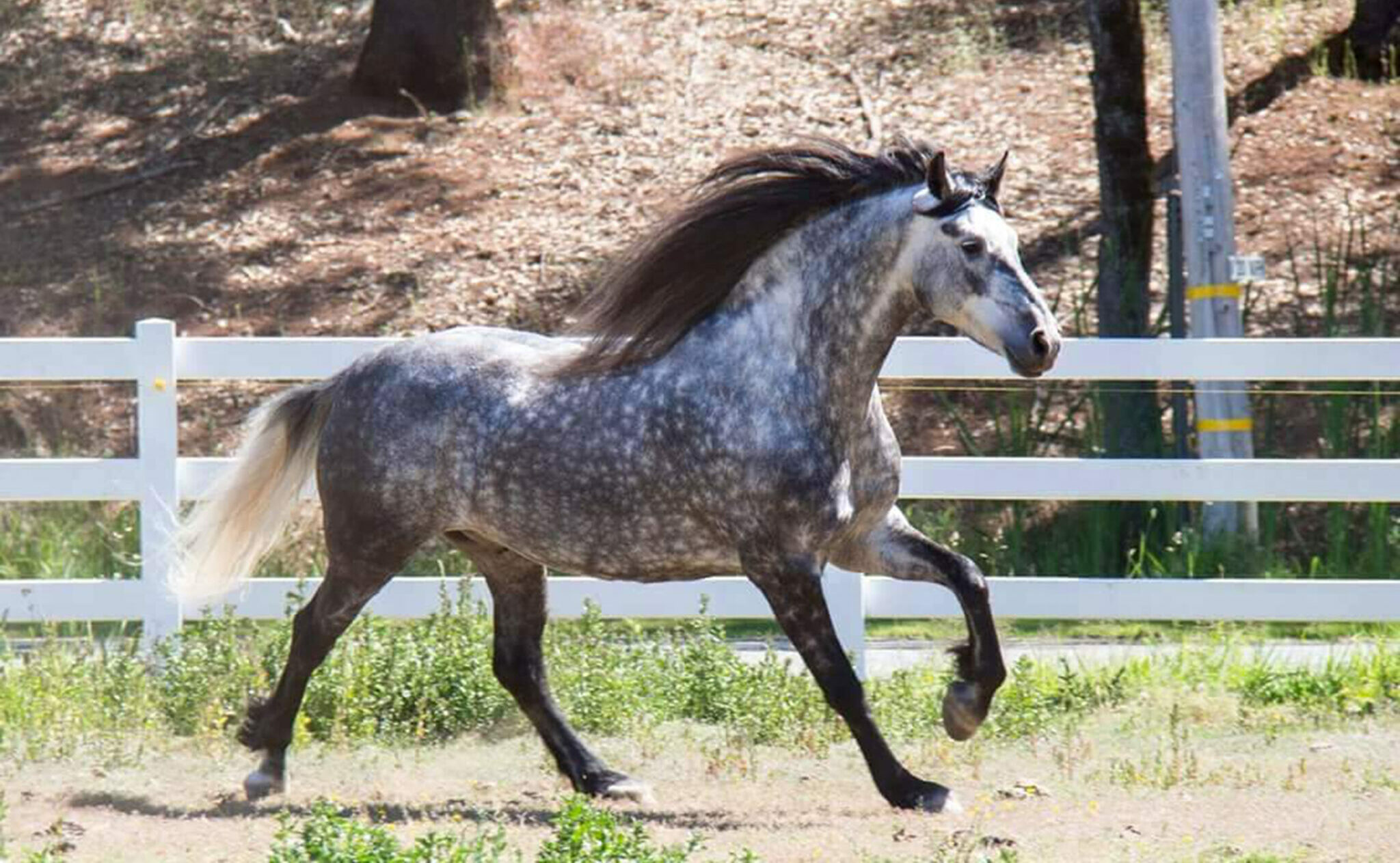 Country of origin: Many!

Breed origin: The Warlander was developed by crossing Friesians with purebred Iberian horses – typically Andalusians, but Lusitano and Menorquín bloodlines are also allowed. Although the Warlander wasn’t recognised as a breed until the late 20th century, the crossing of Friesian and Iberian horses has a history going back to at least the 16th century, and probably much earlier. These two Baroque breeds are distinctly different, the Friesian being a relatively heavy-set horse with dramatic action and a perfect build for carriage driving, while Iberian horses are lighter and more supple, with a reputation as supremely comfortable, brave and willing mounts. When crossbred, the offspring inherit the best traits of both breeds and in turn, consistently pass these traits on to the next generation.

The term ‘Warlander’ was coined in 1990 by Karen-Maree’ Kaye of the Classical Sporthorse Stud in Australia, who named the breed after the stud’s veterinarian, Dr Warwick Vale. After establishing a breeding programme, Kaye was approached by breeders from around the world who had crossed Friesian and Iberian horses and achieved fantastic results. Soon enough, a studbook was established, and the Warlander became officially recognised as a breed in 2010. Despite the Warlander’s small population being spread out across the world, it has generally maintained a very consistent standard thanks to the strict regulations of both the Warlander studbook and the studbooks of the foundation breeds.

Distinguishing features: The Warlander displays the strongest and most desirable qualities of Iberian and Friesian horses, combining functionality with beauty. The ideal Warlander has a straight or slightly convex head with large, intelligent eyes and curved ears, carried upright and set on a well-muscled, arched neck. The topline curves down to well-rounded withers and long, sloping shoulders. The back is straight and strong, flowing into a rounded croup and powerful hindquarters. Warlanders have clean, flexible legs with solid, broad joints and well defined musculature. They display dramatic yet practical action at all paces, with natural collection, impulsion and elegance. They are intelligent, docile and willing, adapting to new situations and disciplines with ease.

Modern day Warlander: Bred as a modern sport horse, Warlanders have a particular flair for dressage and also excel at driving, classical riding, modern equitation, western riding and reining, and many other disciplines besides. Their calm, willing temperament and versatility has endeared them to a huge variety of riders, from children to adults, novices to professionals.