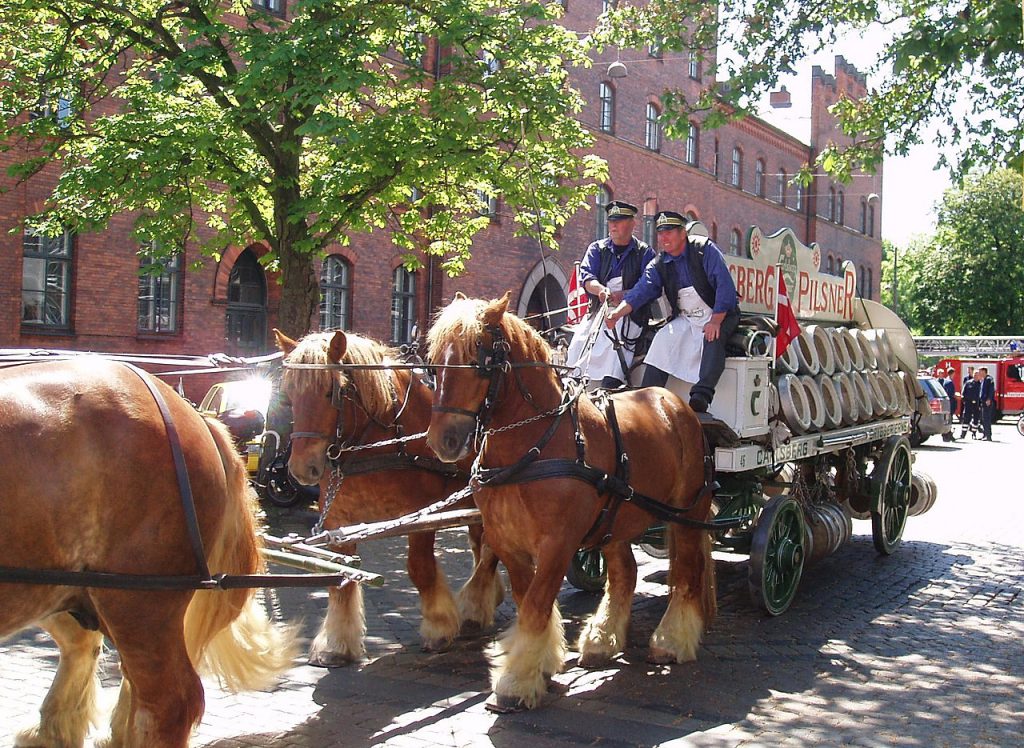 They’re the four-legged ambassadors for an international brewery giant and have been carting beer along the streets of the Danish capital of Copenhagen every day for the past one hundred and sixty-six years. I’m talking about the beautiful and rare Jutland horses who are essentially, Carlsberg beer’s most faithful business partner. At a time when most draught horses have been replaced by motorised transport, it’s a heartwarming surprise to see an iconic multinational company going to great lengths to hold onto their heritage.

Back when the famous Carlsberg brewery was founded in 1847, the company relied heavily upon the 300 horses it kept in its stables to distribute its beer across Denmark. Back then they used a mixture of breeds, from Frederiksborgs to Shires to other light and heavy draft breeds. But in the late 1920s, the ancient Danish Jutland breed was introduced, and from that moment on they become Denmark’s number one brewery horse. The decision to introduce this breed to the Carlsberg stables came from a group of forward-thinking Jutland horse breeders who were concerned about the breed’s future at the hands of increased mechanisation. Despite the continual decline in numbers (in the 1930s there were 160 horses in use at Carlsberg, by the mid-1970s there were just 35 and today there are only 7 remaining at the stables), Carlsberg’s persistence in safeguarding their horses has made an invaluable contribution in the various efforts to save the breed, whose numbers now barely reach 1000 worldwide.

The seven horses that remain at Carlsberg’s newly renovated stables in Valby, just outside the old walls of Copenhagen, include two mares and five geldings who are trained to be brand ambassadors at festivals, parades and other special occasions. It is of course tradition for the horses to be out on the streets of Copenhagen on J-Day, the first Friday in November when the beer that’s been brewed especially for the Christmas holidays goes on sale. And visitors are always invited to go and meet the horses when they visit the brewery.

With a marketing value calculated at close to 200,000 Euro each year, it’s no wonder these horses are being protected by the beer giant. And as long as that value exceeds the cost of running the stables, I think the future of the Carlsberg horses will remain secure.