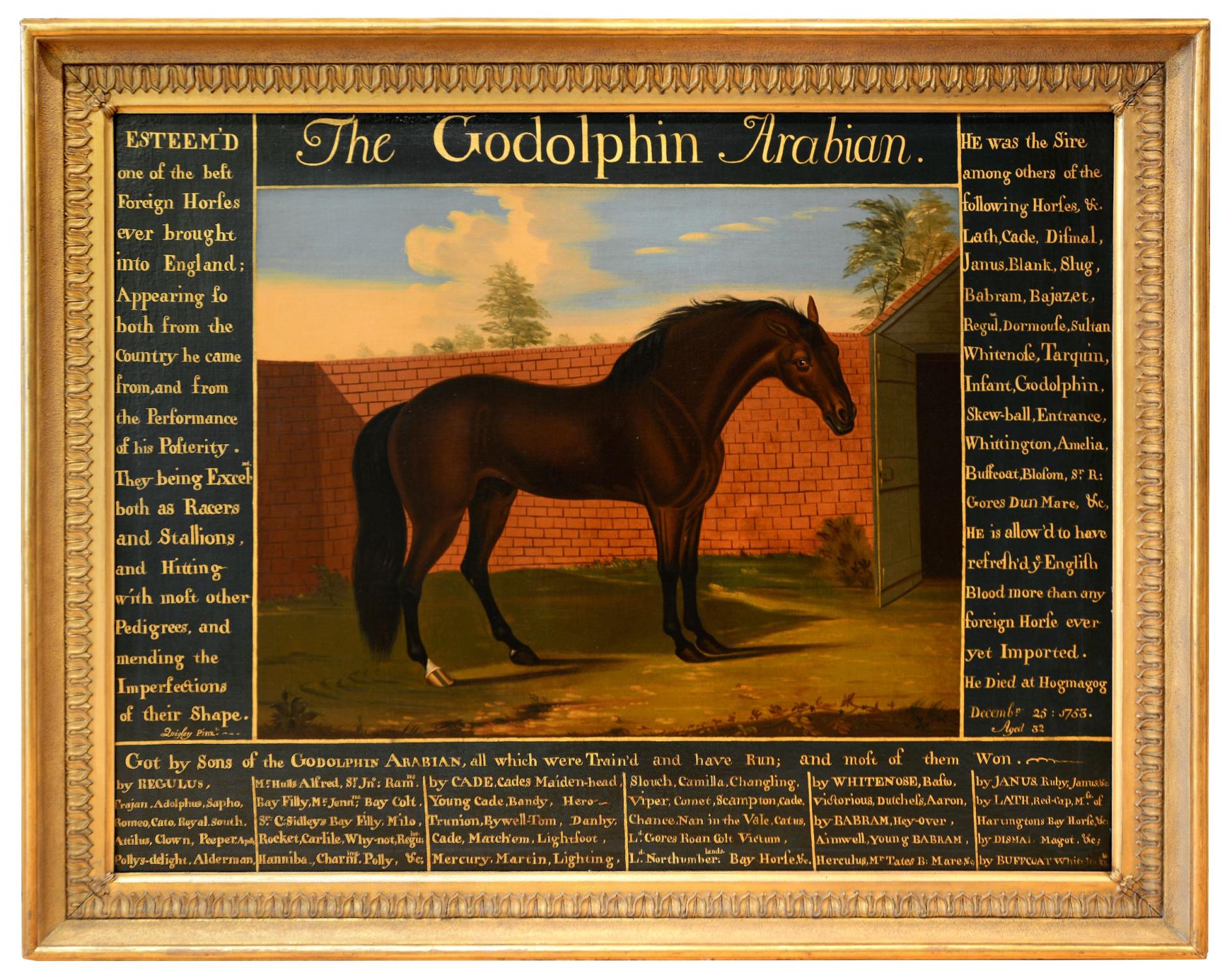 Few horses can claim to have had more effect on the modern Thoroughbred than the Godolphin Arabian. Now the subject of poems, novels and paintings, this stallion had a pretty rough start.

From what history can tell us, it seems he was a small, golden-bay Arabian horse born on the Barbary Coast of northern Africa in about 1724. He travelled to France with four other horses as a diplomatic gift to Louis XV, King of France in 1730, but the King was reportedly unimpressed. Not being much of a horseman, he saw the terrible condition the horses were in after their journey but failed to observe what the Vicomte de Manty described as ‘legs of iron’, ‘unequalled lightness of forehand’, ‘tail carried in true Arabian style’ – ‘a horse of incomparable beauty’.

Soon after, the Godolphin Arabian was sold to the Duke of Devonshire, Edward Coke, who eventually allowed him to cover a mare who had rejected the stallion chosen for her. The resulting foal, Lath, was by all accounts the spitting image of his father, and to general surprise, became a celebrated racehorse. When Coke died, the Earl of Godolphin came into possession of sire, dam and offspring, and made the smart decision to breed the same pair again – and again! All three colts had the Godolphin Arabian’s conformation, small build, golden-bay colouring and unrivalled speed. This was the start of the Godolphin Arabian’s legacy of almost 100 foals!

At the ripe old age of 29, the Godolphin Arabian died on Christmas Day, 1753. His grave can still be visited at what was once the Earl of Godolphin’s stud in the Gog Magog Hills in Cambridgeshire, England. This legendary stallion has had a lasting impact on Thoroughbred bloodlines, not least through champions including Eclipse, Silky Sullivan, Man o’ War, War Admiral and Seabiscuit (a small bay – coincidence? I think not!).