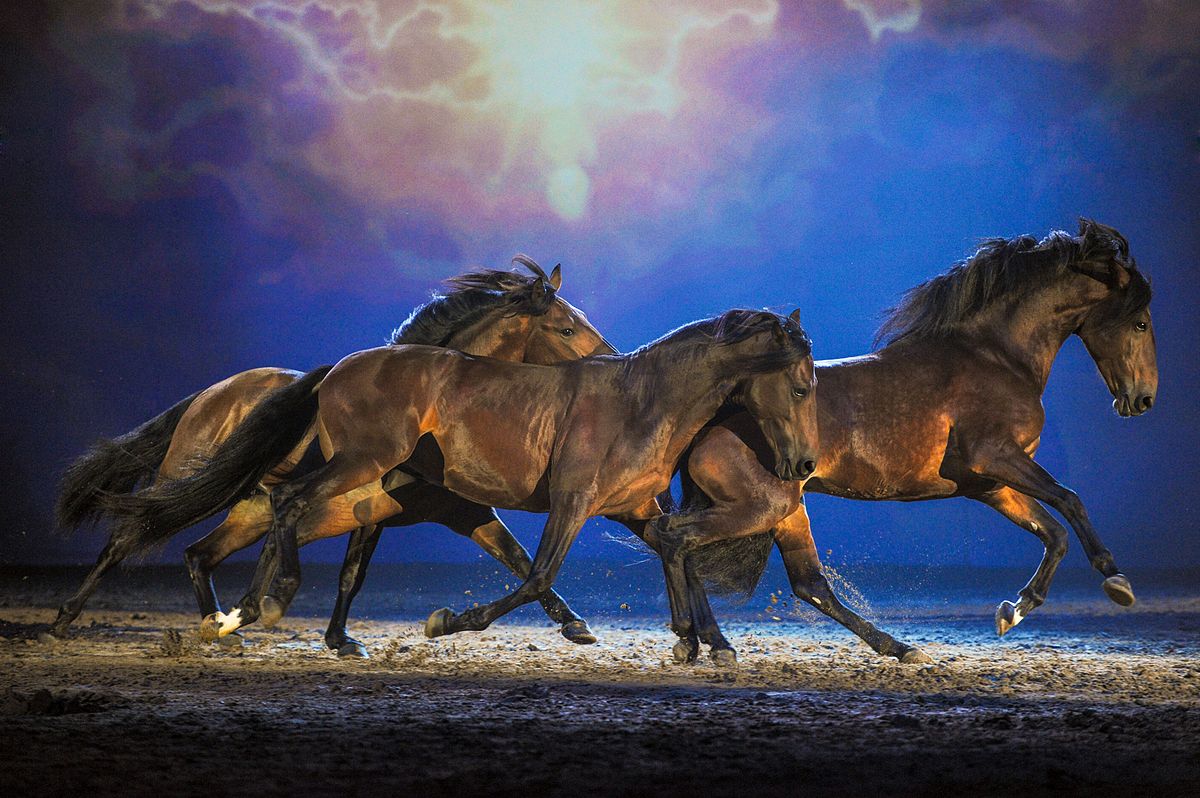 Breed origin: In Portugal, there was a royal stud in Alentjo that supplied horses to the classical riding academy for the Royals to use. In 1756, the stud breeding was moved to Alter and 300 Andalusian mares from Spain were introduced into the line. In the early 19th Century, the stud was sacked by Napoleon’s troops and closed in 1834, and while there were some attempts to recreate the breed through crosses with Hanoverians, Spanish-Normans, Arabians and Thoroughbreds, they were to no success. Finally, the introduction of pure Andalusian blood caused the breed to improve.

In 1910, the dissolution of the monarchy in Portugal caused the royal studs to shut down which nearly caused the downfall of the breed again! Thankfully, Dr. Ruy d’Andrade saved some mares and line bred to two stallions. His production was handed over to the ministry of Agriculture in 1942 to continue the production of the breed and a stud was reopened! The breed is now a strain of Lusitano and is only bred at one state stud.

Distinguishing features: The features of the Alter Real breed are similar to other Lusitanos however it is the gait and movement, in general, that is still known only to the Alter Real breed. They have a large showy action with high knees and flexion that is suitable for the High School. The breed’s colours are brown or bay and can stand anywhere from 15hh to 17hh.

The head of the Alter Real is a typical Iberian horse shape however they have a short, muscular neck with a deep and broad chest that leads to a short back and low set tail. The legs of the Alter Real are muscular with short cannons and slender but strong hindquarters.

Modern day Alter Real: In these modern times, the Alter Real is used for dressage and in driving competitions. The Portuguese School of Equestrian Art also exclusively uses the breed for Classical Riding.