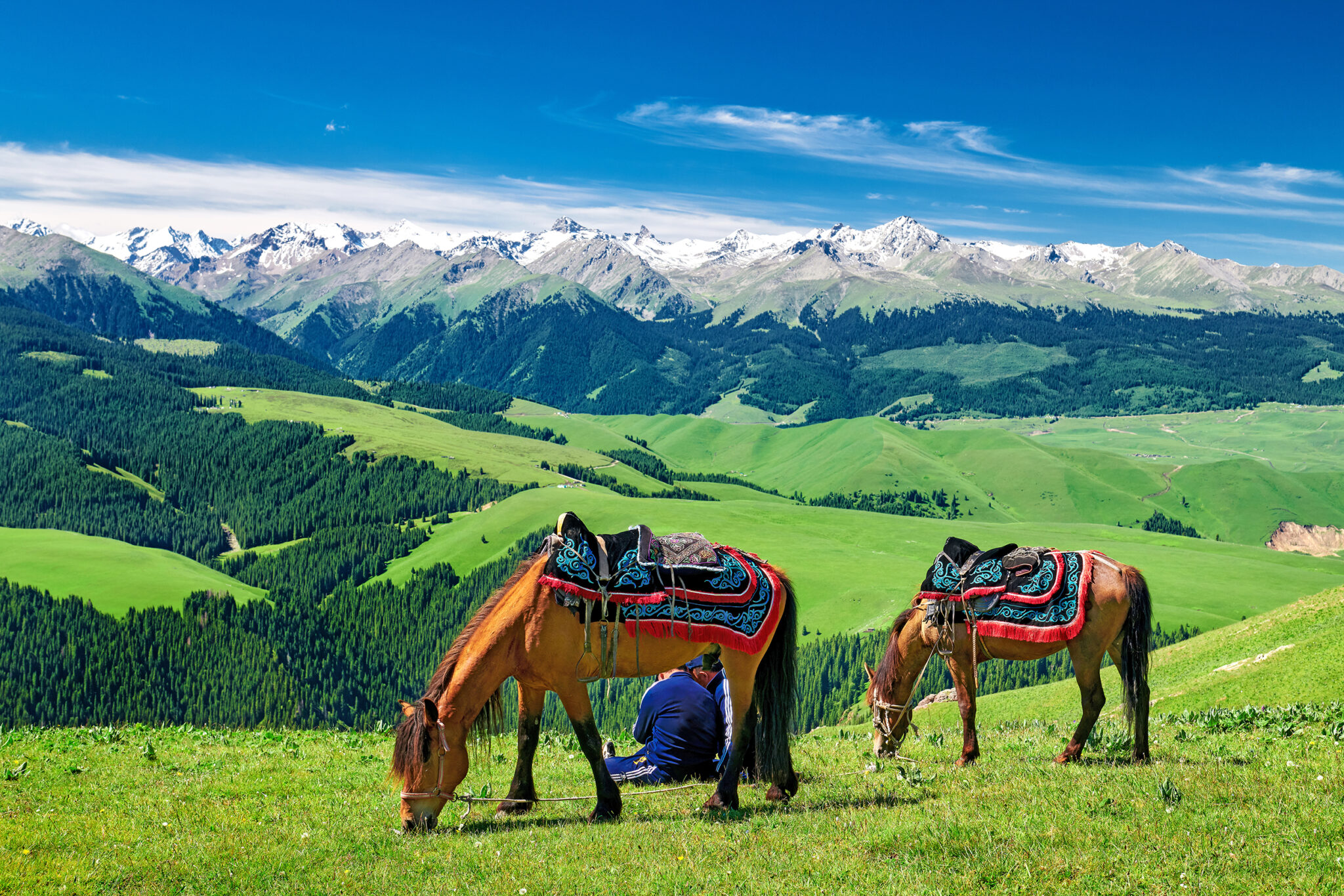 Breed origin: The Yili breed was developed in the 1900s with the aim of improving local Kazakh stock in the Xinjiang Uygur region of China. Russians settling in the region brought stallions to crossbreed with the Kazakh horses, which were largely Mongolian. When the local government got involved in the 1930s, they imported Orlov Trotter, Don and Anglo-Don bloodlines, but the desired results weren’t seen in the generations that followed. Seeing this, in the 60s, the desired ‘type’ was changed to a draft-type riding horse. With selective breeding and cross-breeding, this type developed rapidly as breeders realised that higher quality horses fetched higher prices.  Yili horses are now an important part of the region’s culture and economy. For many Kazakhs especially, they are important as a mode of transport, for farm work and load-pulling, and as a source of milk and meat. Two strains can still be distinguished, one with more obvious Russian influences and one that is still relatively indigenous. At the moment, a selective breeding programme has seen the introduction of English, American and Japanese bloodlines with the aim of further improving the breed for racing and exporting.

Distinguishing features: Yili horses have a light, straight head, a mid-length neck that is slightly arched in stallions and geldings, pronounced withers and a short, strong back. They have long loins and well-sprung ribs, a deep chest and a well-sloped shoulder. Their legs are clean and defined, but the back legs have a tendency to sickle and the toes sometimes point out. They have incredible endurance and are known for their speed and strength. Yili horses stand around 14 hands high and their fine, sometimes metallic coats can be bay, chestnut, black or grey.

Modern day Yili: The Yili horse is still used as a working animal by the Kazakh people of the Xinjiang Uygur region. It is culturally important and often used in ceremonies and rituals, but in everyday life it is used for herding, transport, load-carrying, farm work, milk and meat. The recent phenomenon of horse culture tourism in the region has increased its popularity as a racehorse and in large-scale cultural events.