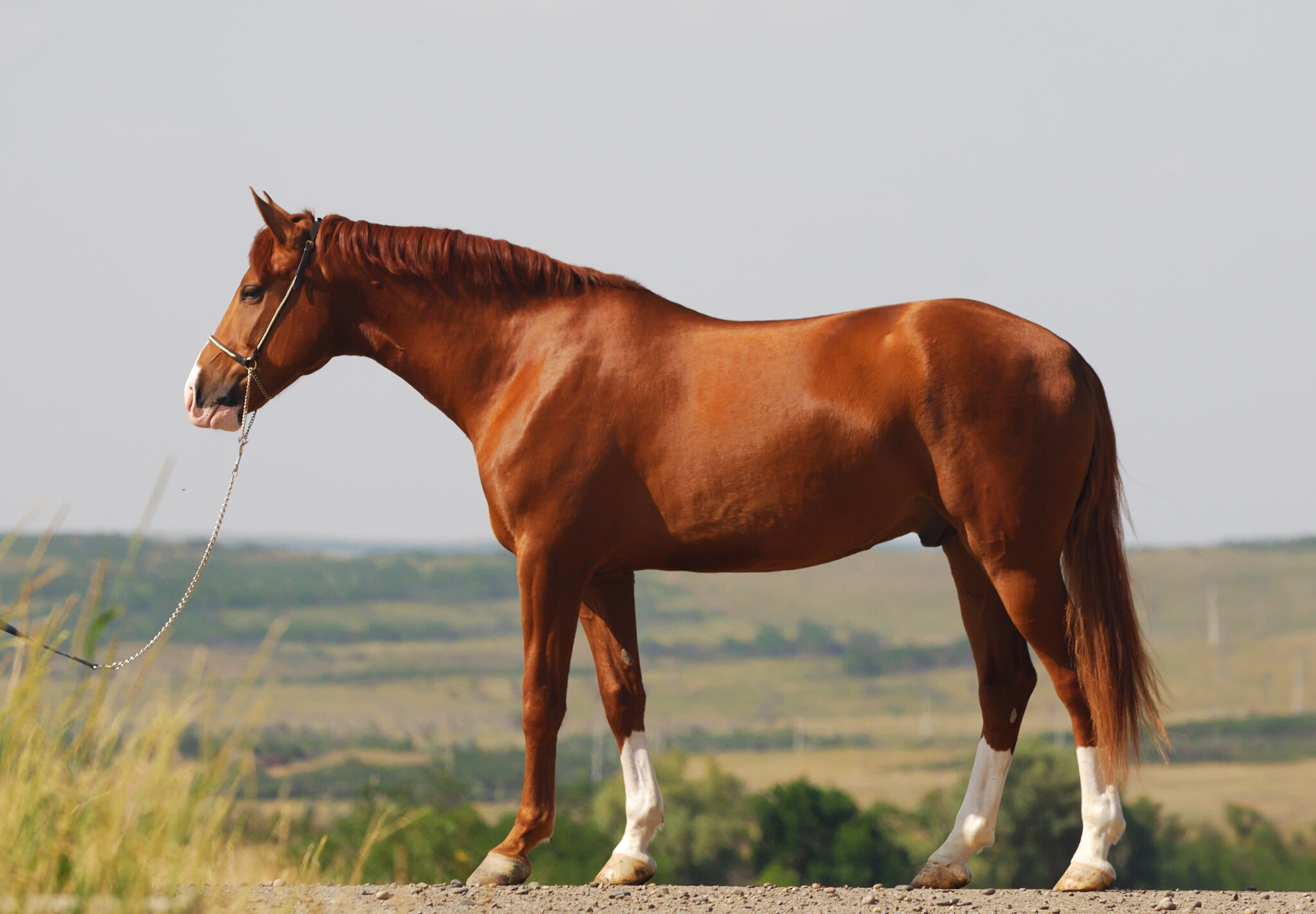 Breed origin: The first recorded mention of this breed dates from the 16th century, when it was bred by the Cossack tribes near the Don and Volga rivers by crossing the semi-wild horses of the Russian steppe with Arabian, Turkmenian (today’s Akhal-Teke) and Karabakh stock. This old type, sometimes called the Old Don, was prized for its extreme hardiness and endurance. These traits were put to the test in the Napoleonic wars, when the Cossacks chased the French army from Moscow to Paris through bitter winter conditions, with temperatures dropping as low as -40 degrees! The success of this campaign led to an exponential increase in the popularity of the breed, which was then crossed with Thoroughbred and Orlov horses to produce the taller, more elegant Russian Don.

The Don was a favourite Russian cavalry mount and its endurance was often tested through long-distance rides, the most famous of which was a ride from southern Russia to Paris (2,633km!) completed by a cavalry officer on two Don mares in just 30 days. Thanks to their esteemed and consistent quality, Don horses were also used to improve a number of other breeds including the Finnhorse and the Budyonny. However, the population losses of World War I and the Russian Civil War, as well as the collapse of the Soviet Union, were disastrous for the breed. In the mid-20th century, only a few hundred Don horses were still in existence. Luckily, increasing stability in Russia meant that a breeding programme could be organised, and the Don was successfully revived. Endurance tests and races were carried out throughout the 20th Century and consistently saw the horses remain sound, healthy and ready for action long after their riders were ready to collapse!

Distinguishing features: The Don has a refined head, normally straight but occasionally dished thanks to the Arabian influence. The breed has expressive eyes, a lean, straight neck with a prominent crest, a large and muscular chest, long back, clean legs and tough hooves. Standing between 15.2 and 16.2 hands high, it appears in most solid colours, with golden chestnut being the most common.

Modern day Don: Today the Don is treasured not only in Russia but across Europe. With its cavalry days at an end, the breed is now a highly prized endurance mount. Its stamina also makes it perfect for trekking, and it is excellent in harness, but the Don is most commonly used as a top class sport horse.