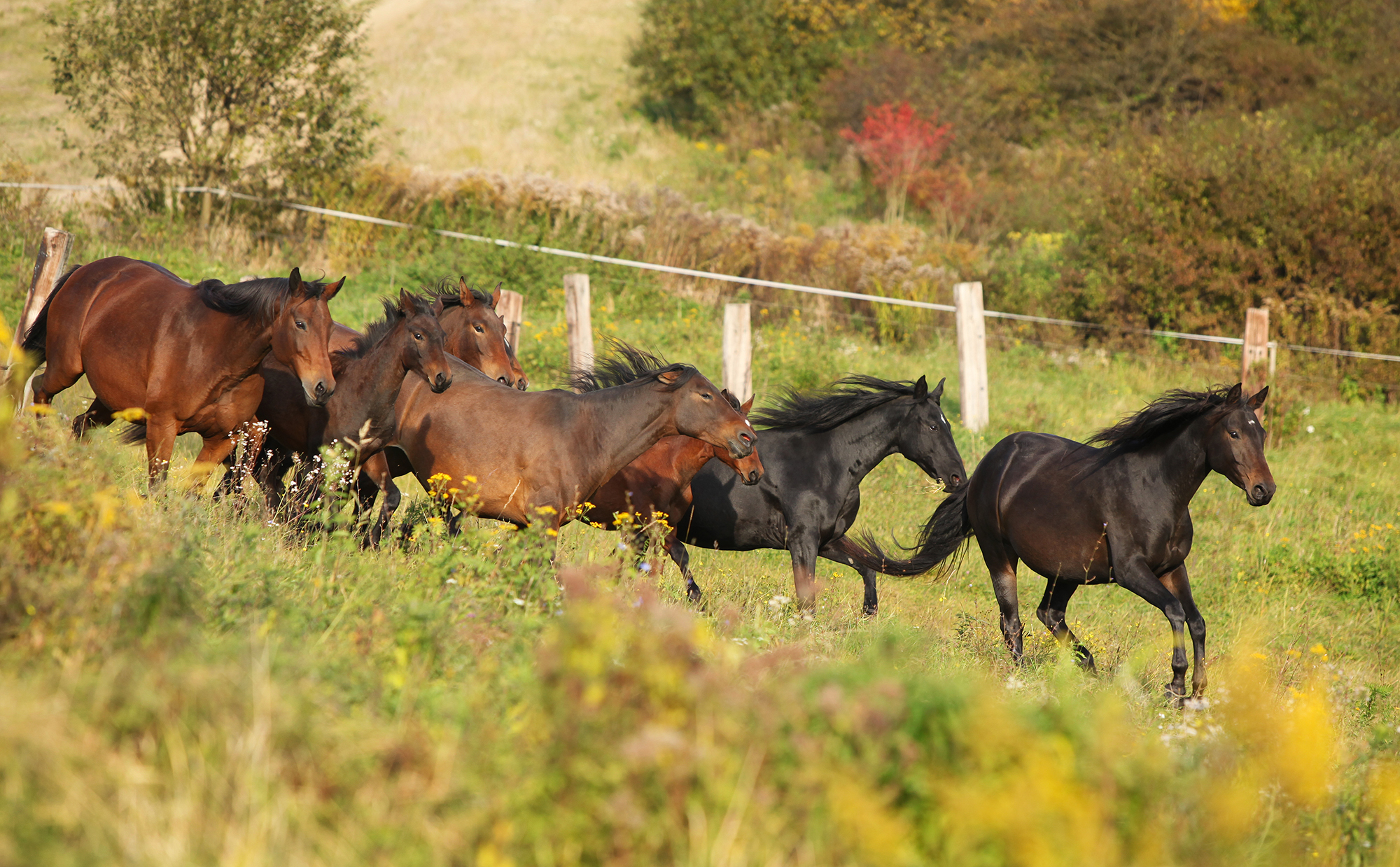 Breed origin: The Kabarda horse has been known for at least 500 years, but its origins are quite possibly as old as the Hittite civilisation, which existed from – wait for it – 1680 to 1178 BC! The mountain tribesmen in the northern Caucasus have bred Kabarda horses since the 16th century, selectively breeding for the ability to survive in extreme conditions. To accomplish this, they drew upon the genetics of common steppe breeds including the Karabakh, the Arabian and the Turkoman (today’s Akhal-Teke).

For untold centuries, Kabarda horses were an essential part of everyday life for the mountain tribespeople and in the 18th and 19th centuries, they played a vital role in the region’s resistance to imperial control by the Russians. Their unmatched hardiness, endurance and agility in the mountains gave them an advantage over the opposition’s mounts. Since then, Kabardas have been popular cavalry horses for a number of armies.

After the USSR was dissolved, the population of Kabardas dropped dramatically until the breed was in danger of extinction in the 1990s. Thankfully, an enthusiast from Germany championed the breed in Europe and with international interest revived, local breeders could get back into gear. Kabardas can now be found in many parts of Europe, as well as in their native region around the Russian-Georgian border.

In their homeland, Kabarda horses are still kept in herds of around 20 mares and one stallion for most of the year. In spring they follow the receding snow line up to the alpine meadows where they spend the summer, receiving no supplementary care except a little salt. In autumn they migrate back down to the steppe, spending the winter under the watchful eye of their herdsmen.

Distinguishing features: Kabardas are considered by many to be the best mountain horse: incredibly surefooted, agile, speedy, impervious to the cold and level-headed. They have an uncanny ability to pick out a safe path home, even in thick fog and darkness. Their blood has a heightened oxidising capacity, so their bodies function better at high altitudes than most horses. Recently, a rider climbed the highest peak of the Caucasus Range (5,642 meters above sea level) on a Kabarda – most horses wouldn’t be able to go higher than 4,000 metres above sea level! Kabardas are also known for their endurance and ability to adapt to difficult environments.

Standing around 14.1 to 15.1 hands high, Kabardas are primarily bay, dark bay and black, and most have no white markings. Their mane and tail grow very long and thick. They are a muscular, cleanly built horse with solid bone and rock-hard hooves. They have a long but proportionate head, often with a Roman nose. Their straight shoulders and slightly concave loins, while undesirable in most breeds, give them a high action and strong impulsion that help them move easily across sloping, rocky terrain. Some Kabardas are naturally gaited, performing a fast, side-to-side trot.

There are three main subtypes of the Kabarda breed:

Modern day Kabarda: Mainly used as a saddle horse, the Kabarda also works well in harness and as a pack horse. The people of the Caucasus mountains make hay on the steep slopes by hitching Kabardas to horse-drawn mowers. In Europe, Kabardas are also used as sport horses. A number of other breeds have been improved with Kabarda bloodlines, and Thoroughbreds are often crossed with Kabardas to produce a tough, speedy horse known as the Anglo-Kabarda.