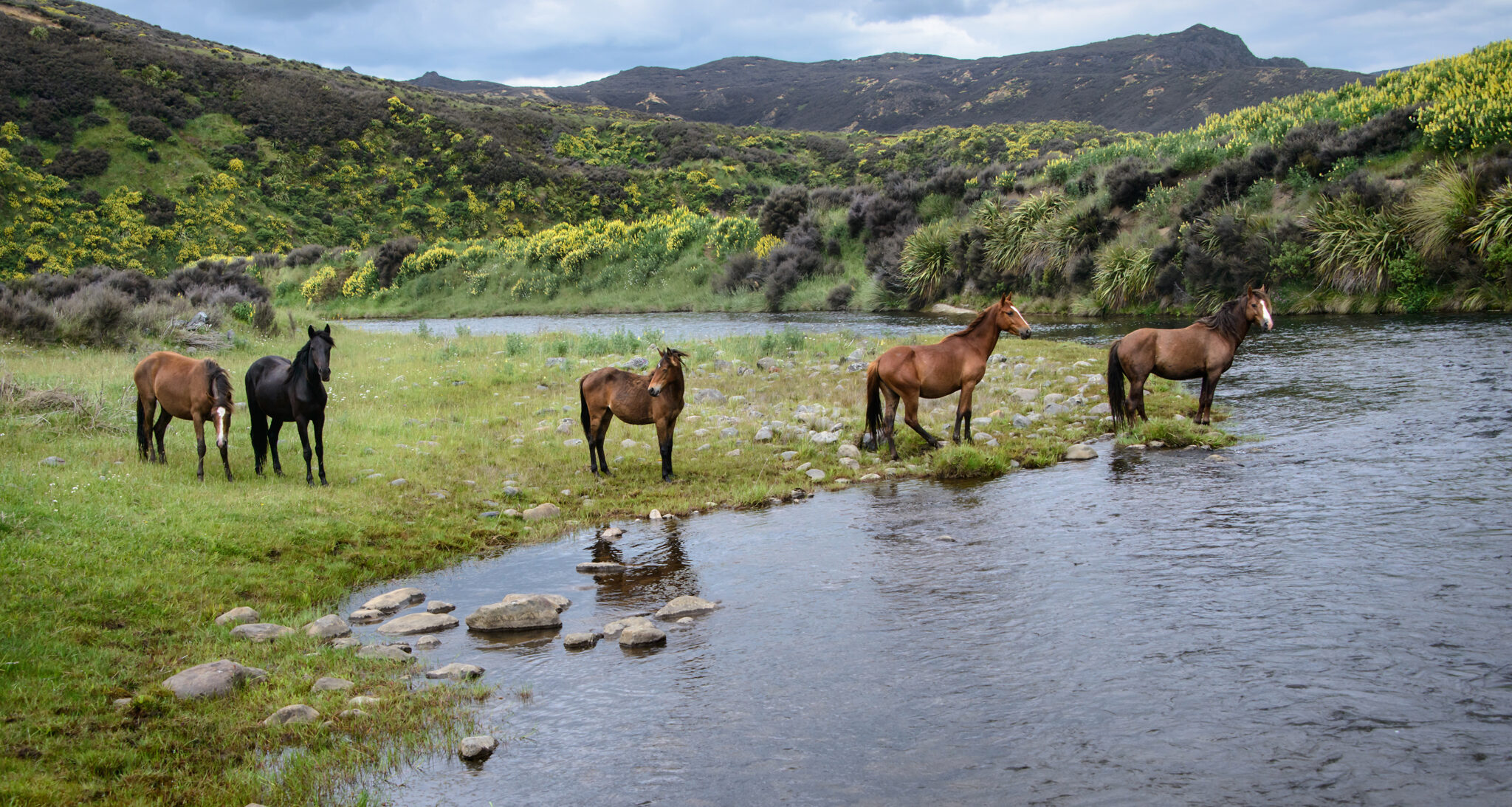 Breed origin: Kaimanawa horses are a population of feral or wild horses in New Zealand that are descended from domestic horses released from sheep stations and cavalry bases in the 19th and 20th centuries. It was in 1876 that the first wild horses were recorded in the Kaimanawa mountain ranges, originating from Exmoor and Welsh Mountain Pony stock released that same decade. Today, you can see Arab, Thoroughbred, Standardbred and Clydesdale characteristics in certain geographical bands within the Kaimanawa population.

The future of these horses has been threatened several times as large scale farming and forestry operations encroach on their habitat. But it was in 1992 that the most serious threat reared its head and it continues to hover over these horses heads today. The Department of Conservation reported that up to 31 different unique plant types exist in the area and are threatened with extinction due to grazing damage and horse trampling. A systematic program of culling the horses by aerial shooting was put in place and was immediately opposed by animal welfare groups who brought it to the attention of the general public through the media. Trial musters were conducted in 1993, 1994 and 1995, and were successful, although costly and with a limited demand for the captured horses.

Conservation of these horses is an important matter to the public, and between 1990 and 2003 the New Zealand Minister for Conservation received more public comments on the Kaimanawa horse than on any other subject. In 1997, just over one thousand horses were removed from the range and adopted, reducing the main herd to around 500. To date approximately 2000 horses have been removed from the Kaimanawa Ranges and today, a total population base of 300 horses is managed in the Ranges. Since 2003, Kaimanawa Heritage Horses has ensured that as many rounded-up Kaimanawas as possible have found new domestic homes.

Distinguishing features: The varying heritage of the Kaimanawa horse gives the breed a wide range of heights and colours, but they are generally known for their calm and inquisitive nature. Due to the terrain and climate they live in, these horses are usually well-muscled, surefooted and tough. 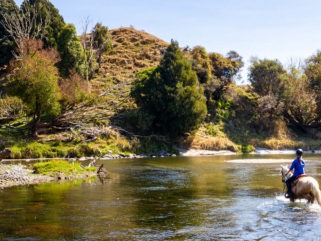 The River Valley Ride is a firecracker of an itinerary that’s swathed in Māori culture, with an intense sense of freedom and adventure at its very core.