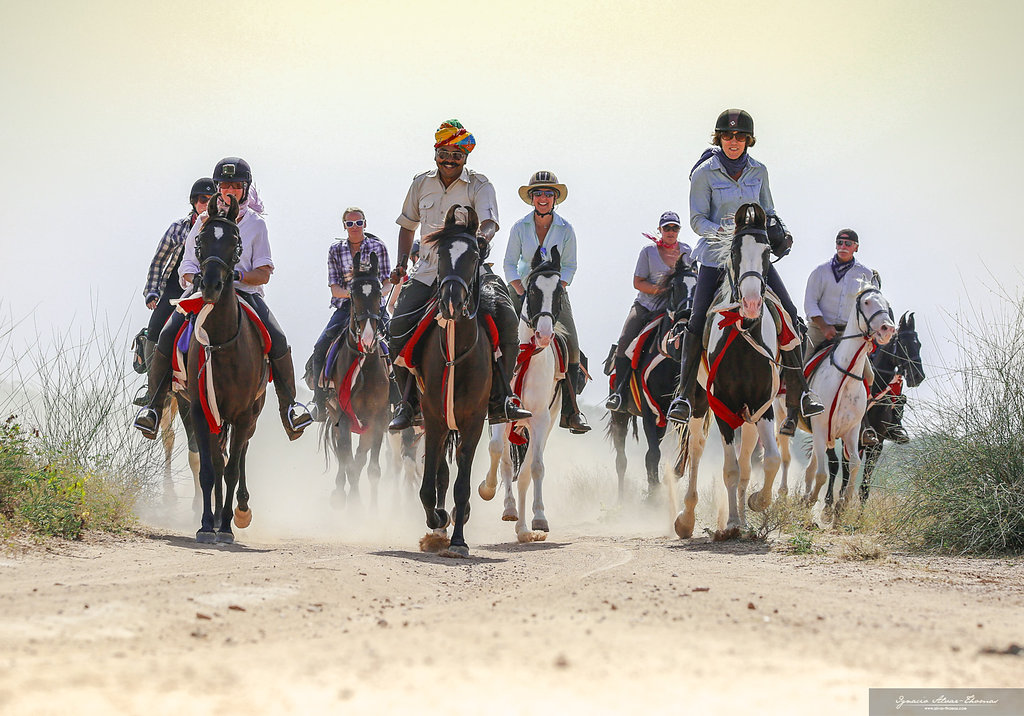 Name of breed: Marwari, or Malani

Country of origin: India, specifically the Marwar (or Jodhpur) region

Breed origin: Although there is some controversy surrounding the origins of the Marwari breed, its ancestors are generally believed to have been native Indian war horses, Arabians and Turkomans (today’s Akhal-Tekes), possibly with some Mongol influence as well. The story goes that in 1193, The Rathores, a warrior clan known for their fierce cavalry, were driven from their kingdom of Kannauj. They withdrew to the Thar Desert, also known rather discouragingly as the land of death, in the Marwar region of India (now called Jodhpur). Here the Rathores relied on their horses for survival, considering them divine beings that only highly-regarded people were worthy of riding. The Marwari horses adapted to desert life incredibly well and were renowned for their loyalty as well as their bravery in battle. They also had an incredible sense of direction, with many tales telling of wounded and lost riders being carried safely back across the desert to their families. The Rathores ran a strict breeding program that promoted purity and hardiness, and soon horse breeding was their main occupation. In the late 16th century, they formed a cavalry of over 50,000 horses for the Mogul emperor! Their steeds’ responsiveness, courage and big repertoire of combat manoeuvres gave the Rathores legendary prowess in battle.

India was under British rule from 1858 to 1947, and especially during the latter half of this period, the Marwari breed suffered a huge decline. British occupiers preferred horses they were familiar with such as Thoroughbreds and polo ponies, and tried to eradicate the Marwari along with most other native breeds. As the Marwari’s reputation diminished, breeding practices became very haphazard and quality stock was increasingly hard to find. Luckily, the Maharaja of Jodhpur took a keen interest in the breed and spearheaded its survival.

In the 1990s, The Marwari Horse Society and the Indigenous Horse Society of India were founded to unite India’s breeders, government and public in the promotion and conservation of the nation’s native horses. The exportation of Marwaris was banned in an attempt to keep every viable bloodline accessible; to this day, it is very hard to export a Marwari horse. In the following years, the first set of breed standards was developed and the Marwari started to regain its reputation as a powerful, spirited desert horse. The breed’s population, calibre and market value have been on the rise ever since.

Distinguishing features: Known for their inward-turning ears, Marwaris are elegant and fine-boned horses standing around 13.3 to 15.2 hands high. Although they have a compact body, their legs are long, with well-formed hooves that rarely need shoeing. Their muscular shoulders are less sloped than usual, which decreases their speed slightly, but makes it easier for them to pull themselves out of deep sand and creates a lovely smooth leg action. In fact, many Marwari horses are gaited, performing an ambling pace called the revaal or rehwal. They have a straight or slightly Roman nose and their ears, which are sometimes so curved that the tips touch, can rotate 180 degrees! Their slender neck is carried high, meeting pronounced withers and a deep chest. Their long back leads to a sloping croup and the overall appearance is that of a lean athlete. Marwaris survive well in the desert thanks to their thin skin, hardiness and light build. Although their temperament can be fiery and unpredictable at times, they are incredibly courageous and loyal to their rider. All colours are seen, with bay, grey, brown, chestnut, palomino and pinto being the most common. Marwari breeders place great importance on the location of hair whorls, with some placements considered lucky and others unlucky. Grey horses and horses with four white socks and a blaze are also considered lucky.

Modern day Marwari Horse: Today, there are around 2,000 registered Marwaris and about the same number of non-classified Marwaris in India, as well as small populations in Sri Lanka, Oman, France, Spain and the US. They are used for dressage, polo, endurance riding, light harness work and horse safaris. Some Marwaris are trained to perform complex ‘dances’ for religious events and ceremonies such as weddings in rural areas.