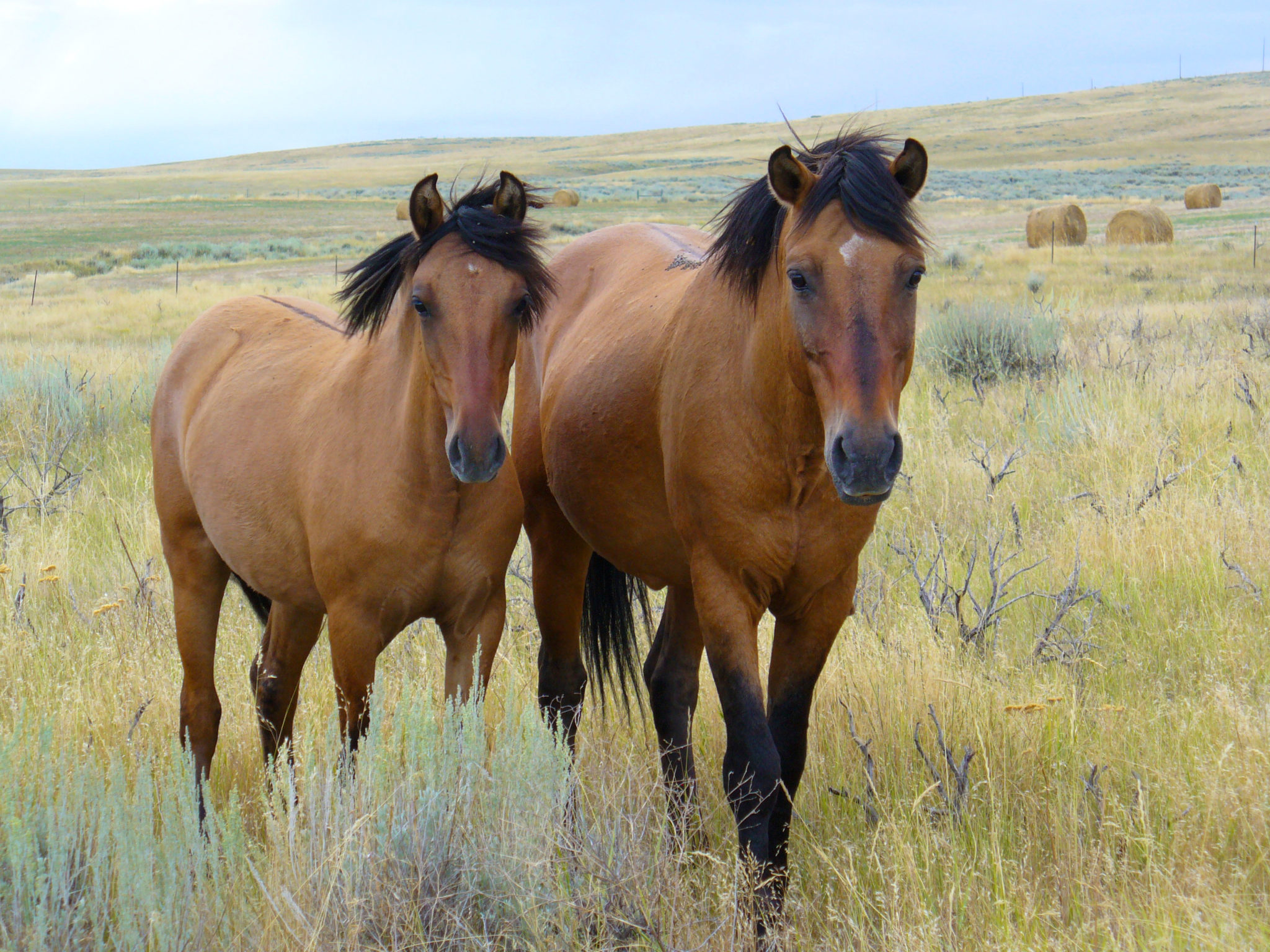 Breed origin: Contrary to what its name implies, the Spanish Mustang (or Colonial Spanish Horse) is not a wild horse breed, nor is it very closely related to the Mustang. The Spanish Mustang is descended from various horse breeds native to the Iberian Peninsula (and possibly North Africa) that were brought to the New World by the Spanish in the late 15th and early 16th centuries. These no doubt included the Andalusian, Barb, Sorraia, Lusitano and Marismeño, to name a few. During the conquest and establishment of the Spanish colony of New Spain in what is today Mexico, the Spanish brought their horses across from the Caribbean islands and as the conquest progressed, horse herds spread further and further north. Over the next hundred years, horses were stolen and traded by the Apache and Comanche tribes, and later the Utes and Shoshoni, to various tribes across America’s Great Plains and Rocky Mountains. Feral herds also grew, eventually numbering in the hundreds of thousands. The versatility and strength of the Spanish horses allowed them to not only survive but thrive in the wild, shaped by the environmental conditions of their new habitat.

Although considered the finest horses in existence at the time of the Spanish conquest, they were not considered at all valuable by the English-speaking settlers who arrived a few centuries later. They had become the horse of the American Indians and were deemed too small to be useful for farm work on the Great Plains, not to mention a threat in the hands of the native tribes, who rode them with exceptional skill and courage. Other bloodlines were introduced to the wild herds to increase their size and build, diluting the Spanish genes. Despite recognising the strength of these small horses and using them extensively in their own cavalry, the US government attacked both feral and sacred Native American herds, driving the ‘original’ American horse to the brink of extinction.

Finally, in the mid-20th century, the Spanish Mustang was thrown a lifeline. Brothers Robert and Ferdinand Brislawn developed a conservation program to save the breed, gathering horses with Spanish ancestry from the wild Mustang herds, Native American herds and ranch stock of the west. The Spanish Mustang Registry was founded in 1957, and two full brothers, Buckshot and Ute, were the first foundation stallions. Soon, a handful of dedicated breeders were creating their own herds, carefully selecting new Spanish stock to increase the gene pool and discovering remarkable sub-groups of Colonial Spanish Horses showing distinct traits harking back to their particular ancestral bloodlines.

Distinguishing features: Perfectly adapted to suit the conditions in America’s west, the Spanish Mustang is an extremely hardy and sturdy horse with legendary staying power and endurance. Frank Hopkins, the renowned 19th century endurance rider (think Hidalgo), rode Spanish Mustangs and is quoted as saying, ‘You can’t beat mustang intelligence in the entire equine race. These animals have had to shift for themselves for generations. They had to work out their own destiny or be destroyed. Those that survived were animals of superior intelligence.’ The Spanish Mustang’s temperament is sometimes described as dog-like: they have a strong desire to bond with people and are affectionate, willing and eager to please. Most stand between 13.2 and 15 hands high, and their overall build is balanced and proportionate. Some individuals have a bigger build than others, but they are never too heavy or light. Spanish Mustangs are smooth-muscled with a short back, deep girth, laid-back shoulder and smooth, strong hindquarters. Their head has a straight or convex profile and a wide forehead. Their neck and withers are well defined, and their chest is slightly narrow, yet muscular. They have a low-set tail, straight legs with broad joints and short cannons, and round, hard hooves. Some Spanish Mustangs are gaited, and all gaits are accepted as long as they are smooth and rhythmic. Almost every imaginable coat colour is seen. Many individuals also have ‘primitive’ markings such as dorsal stripes, zebra-like barring on their legs and shoulders, dark faces and brindle patterning.

There are many strains of Colonial Spanish Horse, some differentiated by the area in which they roamed and others by the family or tribe that bred them. Each has a unique set of traits and many groups are trying to preserve these unique bloodlines. A few strains are even considered breeds in their own right. Some of the best-known strains include the Choctaw, Cherokee, Nokota, Baca, Romero/McKinley, Kiger, Cerbat and Sulphur.

Modern day Spanish Mustang: Today there are around 3,000 Colonial Spanish Horses in existence and they are listed as critically rare. Known for their versatility, they are used for just about every equestrian discipline imaginable. They are popular endurance mounts and are also increasingly popular for ranch work, dressage, jumping, team penning and mounted games.