The South Coast of New South Wales is a place where rugged, rocky mountains slope down to serene estuaries, where spring-fed rivers wind their way to the sparkling sea. It’s here amidst all of this natural beauty that some of Australia’s best food and wine is grown and produced.

Crowned one of TripAdvisor’s top 10 emerging destinations worldwide, the Shoalhaven region encompasses laid-back country towns, more award-winning cellar doors and restaurants than you can poke a stick at, a buzzing arts scene, lush farmland, pristine wilderness and sublime beaches. What more could we ask for as Globetrotters than to explore the innumerable wonders of this unique region astride bitless and barefoot Arabians?

With just four guests per departure, this five day, four night or three day, two night getaway is truly tailored to suit each rider, with every morning bringing the promise of immersive and unforgettable moments both on and off the horse.

From flying down the endless expanse of Seven Mile Beach to indulging in two course lunches with paired wines, we’ve crafted this itinerary to squeeze every drop of Globetrotting goodness out of the South Coast. Your hosts will leave no stone unturned in their quest to show you exactly why they believe the Shoalhaven truly is heaven on earth. By the time you fall into bed in your private room at Champagne Hill of an evening, your senses will be overwhelmed by the sights, tastes, sounds and sensations of this remarkable place.

So if naturally trained horses, gourmet cuisine, picture-perfect beaches, native bushland and more than a few drops of wine is your idea of paradise, the Shoalhaven awaits!

PLEASE NOTE: As directed by our ride partner, all guests must be fully Covid-vaccinated to take part in this ride.

WHAT IS INCLUDED IN THE PRICE?

The price includes meals, alcohol, single room accommodation and riding. Transfers from specific locations in Sydney are also included in the ride price for the 5 day, 4 night itinerary, but are NOT included for the 3 day, 2 night itinerary.

WHAT IS NOT INCLUDED IN THE PRICE?

The price does not include flights or travel insurance (compulsory). Transfers are not included for the 3 day, 2 night itinerary.

WHY IS THE PRICE QUOTED IN AUD?
With our riding destinations, the currency is dictated by our ride partner in that country. Therefore due to fluctuating exchange rates we have to quote in the same currency.

*Please note, this is a suggested itinerary only and subject to change at the discretion of your guides due to weather and other influencing factors. 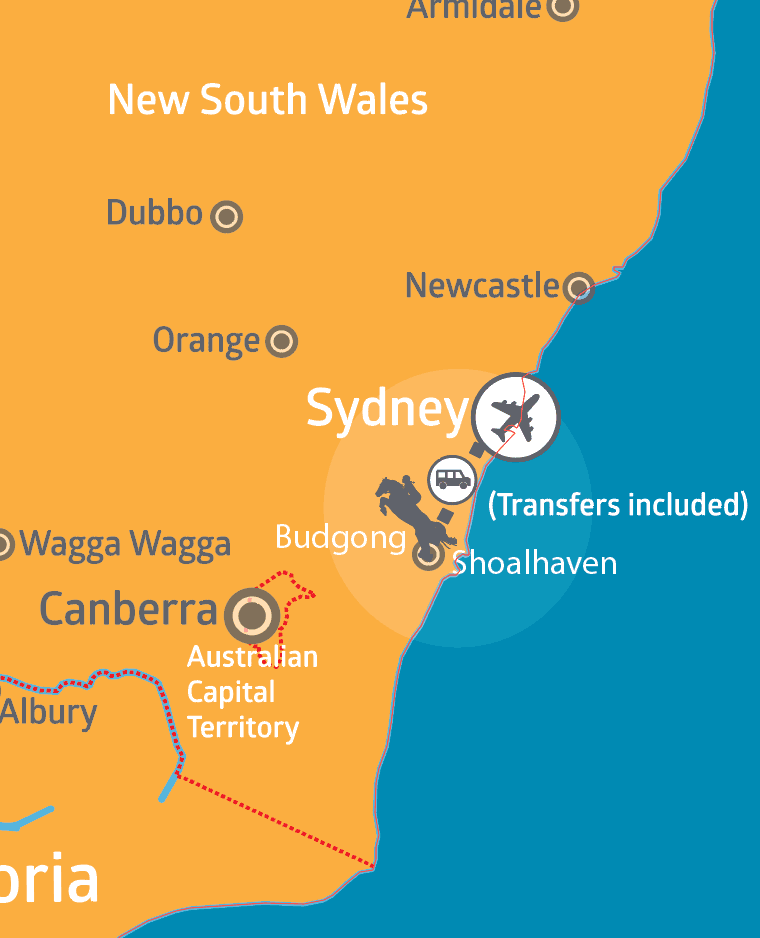 What our valued Globetrotters say about The Shoalhaven Ride 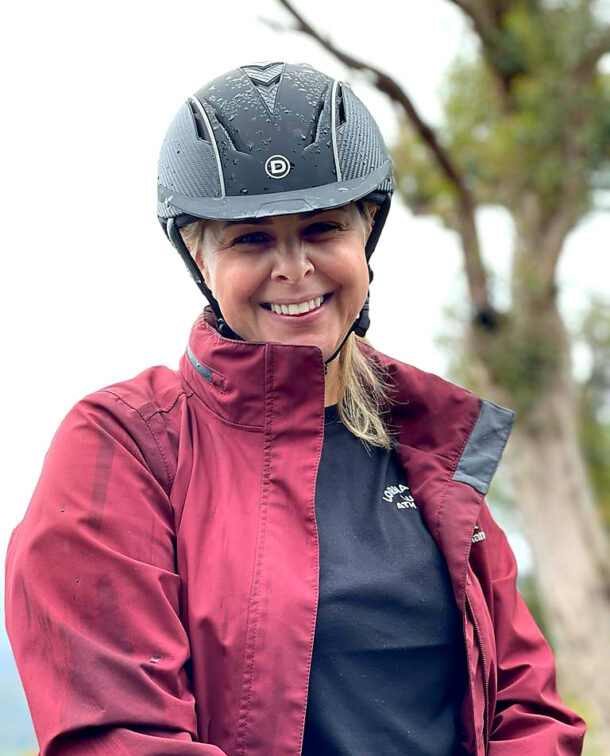 ‘This was my first Globetrotting ride and I’m so glad I booked. It was nice to get away after border closures and a crazy busy year! I haven’t been this happy or smiled this much (as is evident in every photo) in a long time. Tiff, her parents and Bernie are the most genuine, kindest people you will ever meet. The horses are amazing, and so well looked after. The home cooked meals and the restaurant choices were all great. You definitely won’t go hungry on this ride! I can’t wait to continue my Globetrotting adventures around Australia and the world.’ 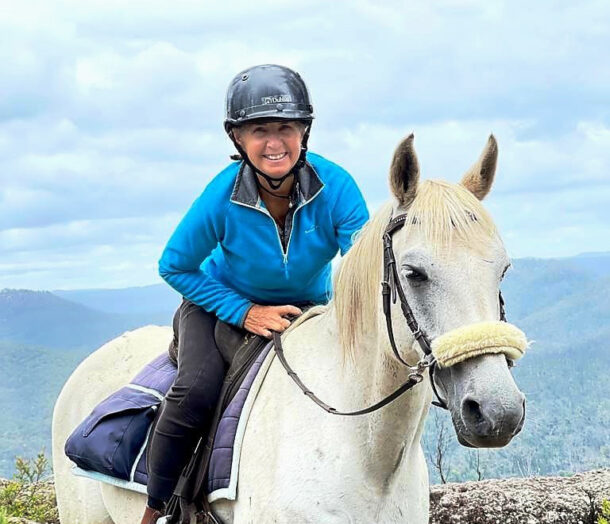 ‘Everything was fabulous: the food, the accommodation, the bitless riding, the environment, the companionship and my magnificent horse, Drover. Tiffany was a very patient and supportive guide. My favourite experience was riding through the countryside and stopping for a delicious high tea on top of the mountain. I would definitely recommend this holiday!’ 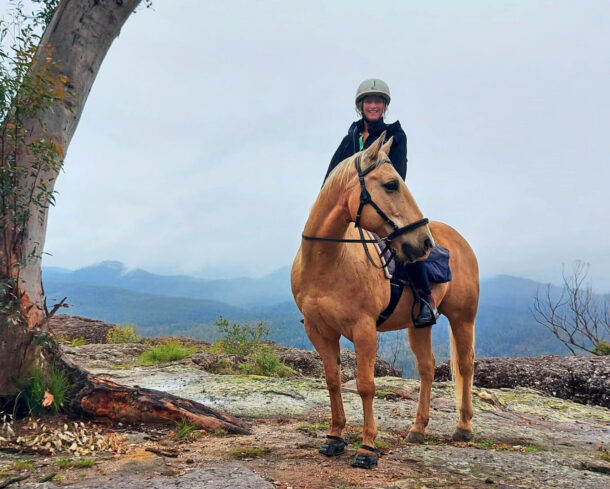 ‘Every day of this ride was enjoyable and the value for money was excellent. I had an especially nice time on day 3 when we rode down to the river and played around skimming stones, then tucked into a simple saddle bag lunch. I was very happy with both the yummy home cooked meals and the gourmet restaurant dining. Our hosts were super friendly, lovely and kind to the horses and guests. Nothing was too much trouble for them. I rode Phoenix, a gorgeous, nice and sensible horse, and on the beach ride I had Tex, whose personality made it a very fun experience.’ 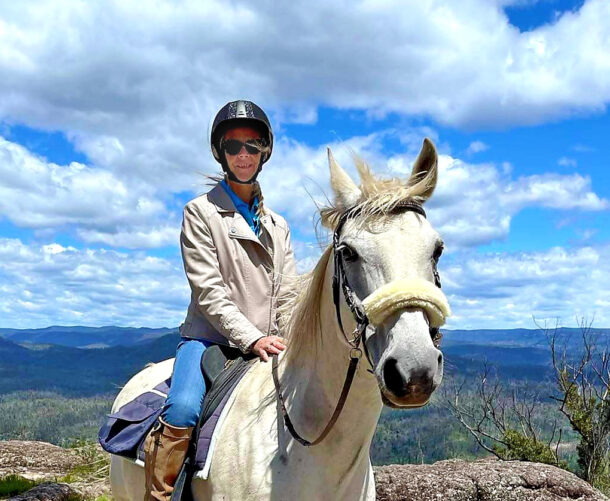 ‘The most amazing memories have been created on this beautiful holiday. Tiffany, Lenny and Lorraine are the most caring hosts who make sure you are happy and content all the time. Big thanks to the lovely Bernie for being a fabulous guide on the trail rides. The horses are just beautiful, and so well cared for. Tiff’s love for them is apparent. It’s unbelievable how much I learnt from her just through conversation! I was matched with Drover and he was absolutely amazing. On the beach ride I had Vegas, who was also amazing – a beautiful canter along the beach is an absolute must!
I booked this trip 12 months prior and can honestly say that it exceeded all of my expectations. It’s something you have to experience to believe! If you love horse riding, delicious food, wine, beach and bushland, then check this place out. You won’t regret it!’ 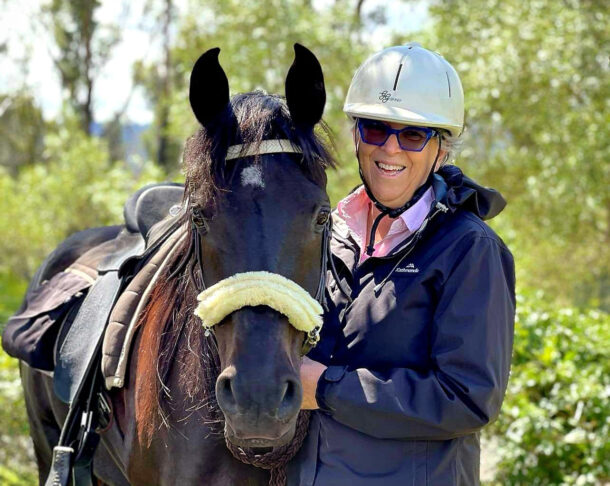 ‘The Shoalhaven Ride was a fabulous riding, food and wine experience in a beautiful region. It was my first Globetrotting trip and I loved it. We had a variety of wonderful dining experiences at our accommodation, on rides, and at restaurants and wineries. Tiff and Bernie knew their environment and horses like the back of their hands. They were always ready to engage with our group, and made sure everyone was comfortable along the way. Len and Lorraine looked after us at home and on our picnic – the prosecco scones at Illaroo Lookout were quite something! Our fantastic morning on Seven Mile Beach with no one else around was a ride like none before, and my horse Texas seemed to enjoy it as much as me. On the trail rides I had the pleasure of riding Flick, a veritable Black Beauty who loves his life and is a true gentleman. I would recommend this ride to anyone who is keen to try a Globetrotting trip.’ 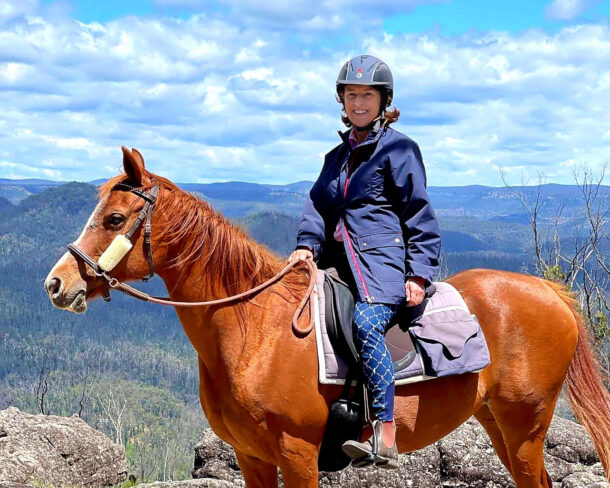 ‘It’s three days after my ride and I feel so relaxed and peaceful. Days of riding along the beach and bush tracks through the stunning national park have been so therapeutic for the soul. Add to that great company and fantastic food, and what more could you want? An experience I will treasure. I can’t wait for my next Globetrotting adventure.’ 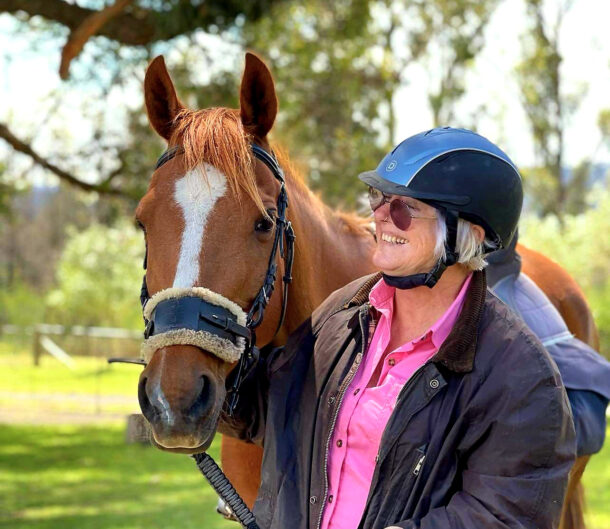 ‘I can’t praise our three day Shoalhaven Ride enough! To say it was awesome doesn’t come close. Beautiful hosts, meals, accommodation and horses – a winning combination. Tiff was awesome, and she and Bernie made a great pair. Tiff has done an amazing job with her horses. I rode Shiloh, a beautiful, very trustworthy boy who made me feel safe and relaxed immediately. The bush riding was lovely and relaxing, and the beach ride was a big tick off the bucket list!’ 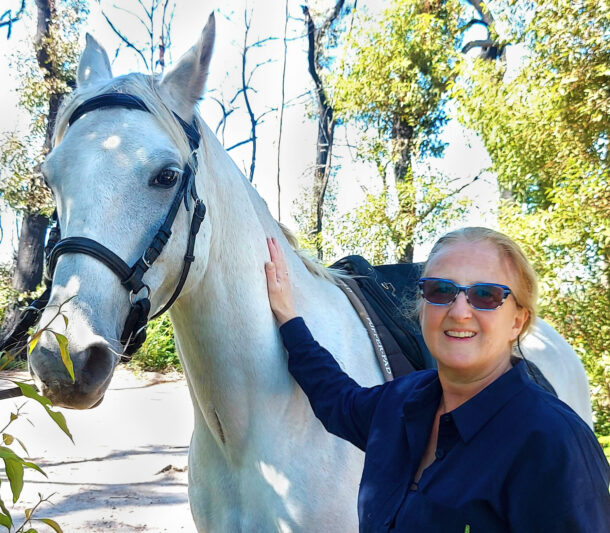 ‘I thoroughly enjoyed my five day Globetrotting experience in the Shoalhaven region. Fabulous horses and spectacular rides through the bush and on the beach. I rode Drover, a beautiful horse who was perfect for me, and on the beach I rode Barry – again, a very good match. Both our guides, Tiffany and Bernie, had excellent knowledge of the environment and horses. The accommodation was wonderful with some spectacular food and wine to match. I would highly recommend this ride.’ 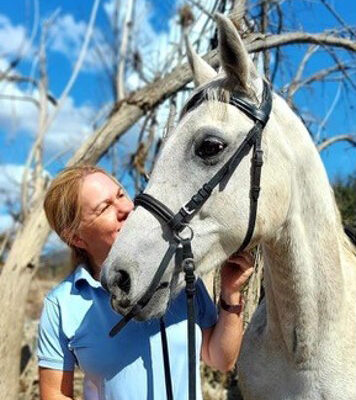 ‘I would definitely recommend this ride! Tiffany was awesome, engaging, interesting, chatty and professional at all times. Her mum, Lorraine, was lovely – so caring and committed to ensuring we were all looked after. Tiff did so well to match me with Drover – OMG, he was just amazing! Initially I was anxious, but he was so brilliant and patient that I soon felt completely relaxed and confident. He was intuitive to me, had such comfortable paces, and his ability to canter through bush tracks with ease was incredible and exciting at the same time. The tack was also outstanding, and riding bitless was fantastic!’