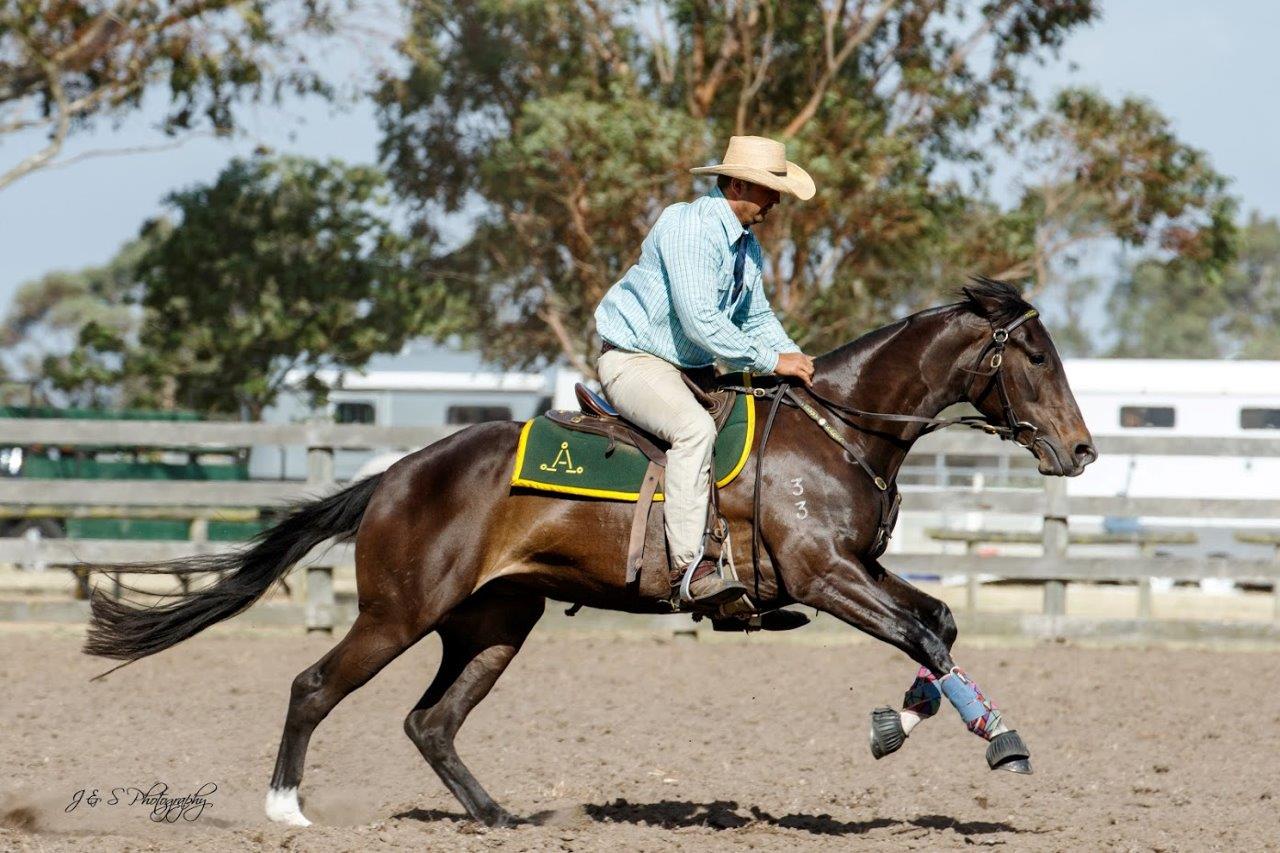 Breed origin: The roots of the Australian Stock Horse date back to the arrival of the First Fleet in 1788, which brought nine horses of Thoroughbred and Spanish blood to the continent. These were shortly followed by more importations of Thoroughbreds, Arabians, Welsh Mountain Ponies and Timor Ponies. The long sea voyage was a test in itself, but once the horses reached Australia they needed to be tough, strong and adaptable to survive in the colonies. A combination of natural selection and selective breeding ensured that only the hardiest horses passed on their genes. Explorers, stockmen, settlers, bushrangers and troopers all needed horses, so the type that developed was naturally very versatile, with enough power to pull a loaded wagon, enough athleticism and intelligence to work with cattle and enough stamina to travel long distances for weeks or even months at a time.

In 1848, shortly after more Thoroughbreds had been crossed into the Australian stock, an Irish entrepreneur called J. C. Byrne wrote,
‘The race of horse at present in use in Australia is not to be surpassed in the world for symmetry and endurance. It is hard to say exactly how they are bred for there have been large importations of mares from Chile and Peru, stallions of the pure Arab breed from India, also from England and the Cape of Good Hope. Much pains have been bestowed on the breeding of these animals and the results have rightly rewarded the exertion.’

The horses of Australia became almost as iconic as their riders, and were known as Walers thanks to their origin in the colony of New South Wales. They made excellent cavalry horses and hundreds of thousands were exported from the 1850s onwards to serve in battle. In World War I, no less than 121,324 Walers were sent to the Middle East. Here they proved themselves to be tougher than any other horses enlisted, surviving without water for days and living on scant rations of grain, yet still gamely carrying their riders across the desert and into battle. Tragically, only one horse returned home to Australia after World War I: a gelding called Sandy.

Despite their widespread acclaim, Walers were not given official breed status; they were considered just a ‘type’. And when they were no longer needed for battle, they rapidly faded out of interest. Australians no longer relied on horses as their primary means of transport and the working horse was being gradually replaced by machinery. However, there were still many parts of the country – notably the vast outback stations – where horses were essential. Purebred Walers became harder to find due to out-crossing, but the type lived on and in 1971, over 100 horsemen and women met to form the Australian Stock Horse Society. The studbook was kept open until 1988, with prospective horses judged on conformation, pedigree and athleticism. They needed to be proven performers at campdrafting and cattle work, with all the grit, intelligence and courage of the original Waler. Most Australian Stock Horses trace back to one of the fourteen founding sires, which were a mix of Waler-types and Thoroughbreds. In more recent times, some Quarter Horse bloodlines have been very judiciously added.

Distinguishing features: Australian Stock Horses are renowned for their endurance, agility, bravery and good temperament. They are extremely surefooted and strong, with a natural aptitude for cattle work and incredible versatility – they’re known as ‘the breed for every need’. Stock Horses can stand anywhere from 14 to 16.2 hands high and can be any colour. Their large eyes are intelligent and alert and their overall build is well-proportioned and athletic. They have a long, slender neck, sloping shoulders, powerful hindquarters and strong, slender legs with clean bone and joints. Their broad forehead, large nostrils, deep chest and well-sprung ribs allow smooth passage of air to the lungs and their hard hooves can withstand wear on challenging, stony terrain.

Modern day Australian Stock Horse: Today there are over 200,000 registered Australian Stock Horses. Although most are still in their home country, they have been exported to many other nations and are slowly gaining worldwide recognition. As well as being used as working horses and pleasure mounts, Stock Horses compete in many disciplines including polo, polocrosse, campdrafting, dressage, show jumping, eventing and endurance riding. The breed’s calm, willing temperament makes it a great ‘family horse’ ridden by the kids for Pony Club, the teens for competition and the adults for farm work.

Want to ride an Australian Stock Horse? We offer a number of horse riding holidays where you can do just that! Keep scrolling down to check them out. 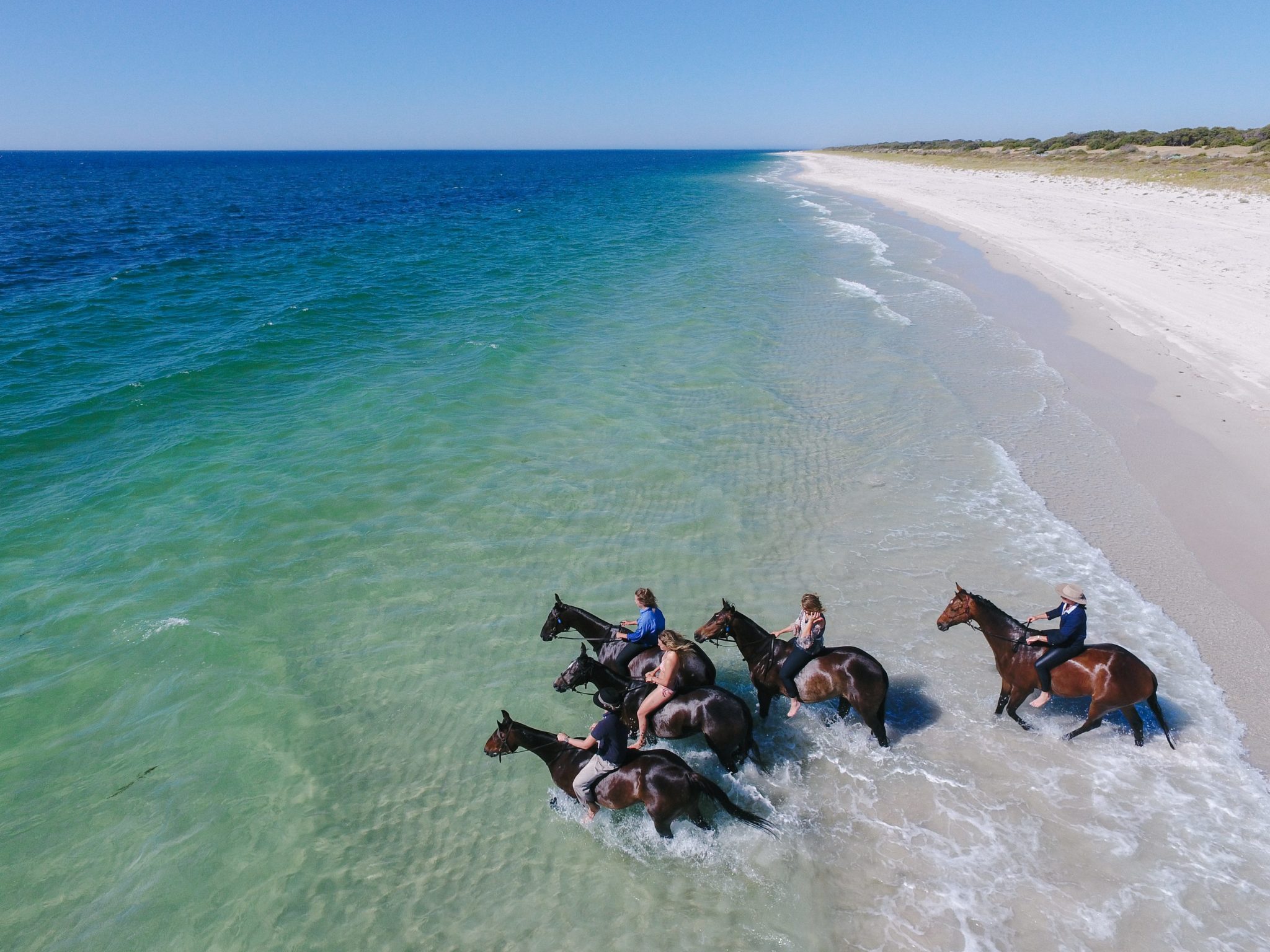 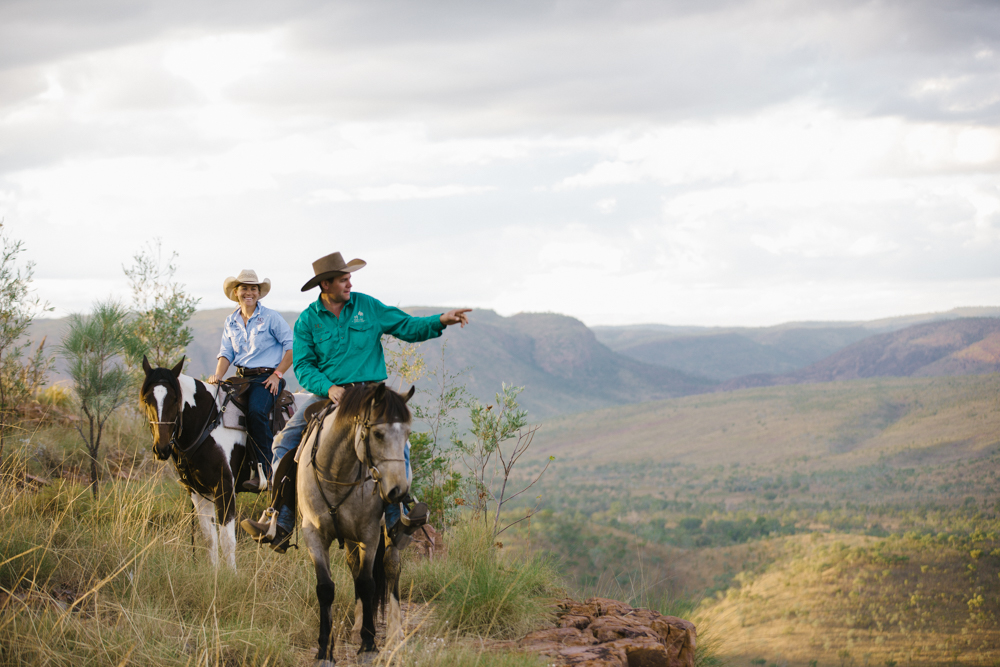 We have masterminded the ultimate multi-day itinerary that leaves globetrotters completely spellbound by the beauty of the Kimberley. Get ready to unearth El Questro Station’s wilderness! 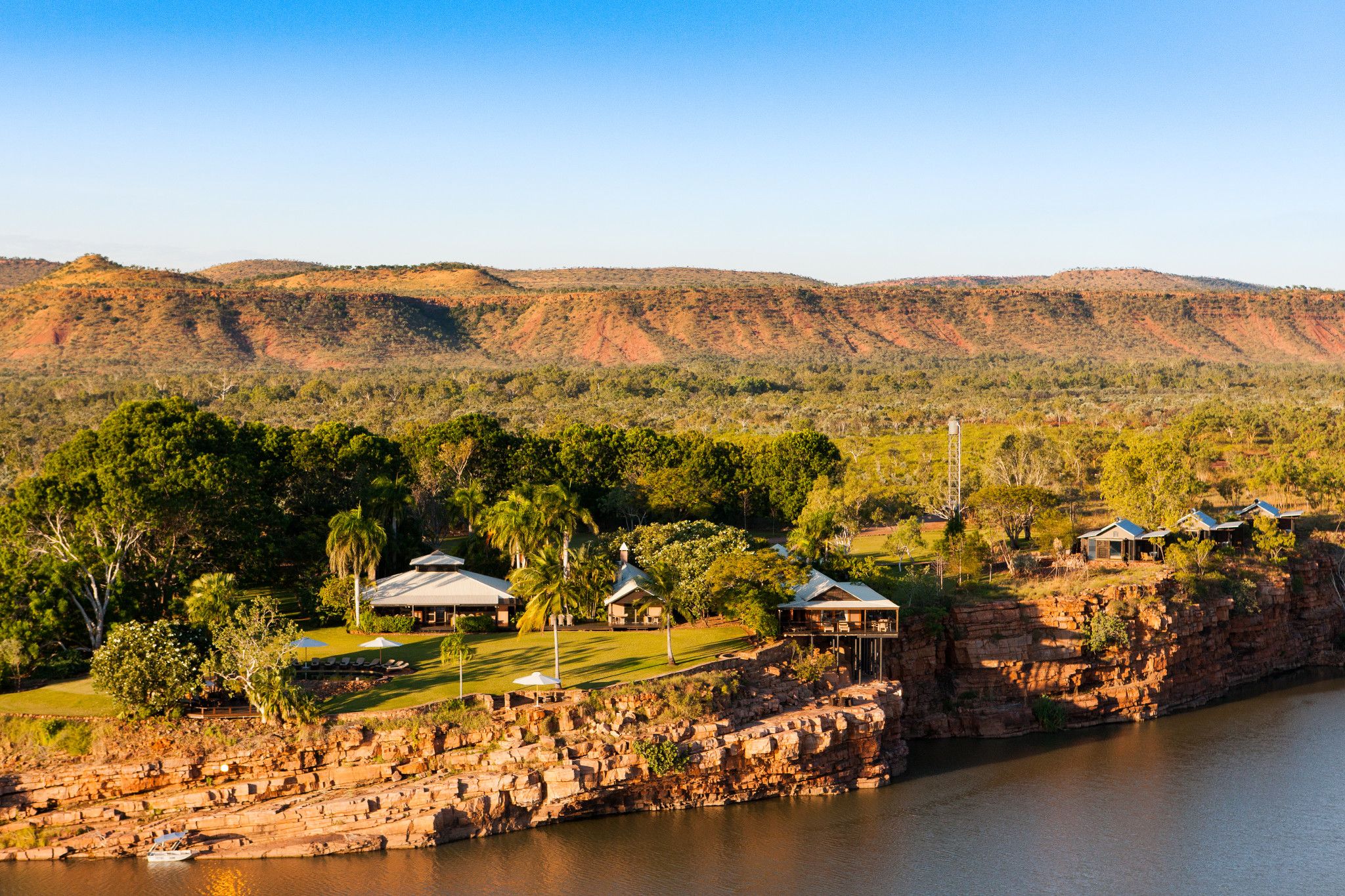 This ride will not be running in 2022, but we’ll be back on board for a 2023 season – stay tuned for departure dates!

Prices variable depending on accommodation choice. 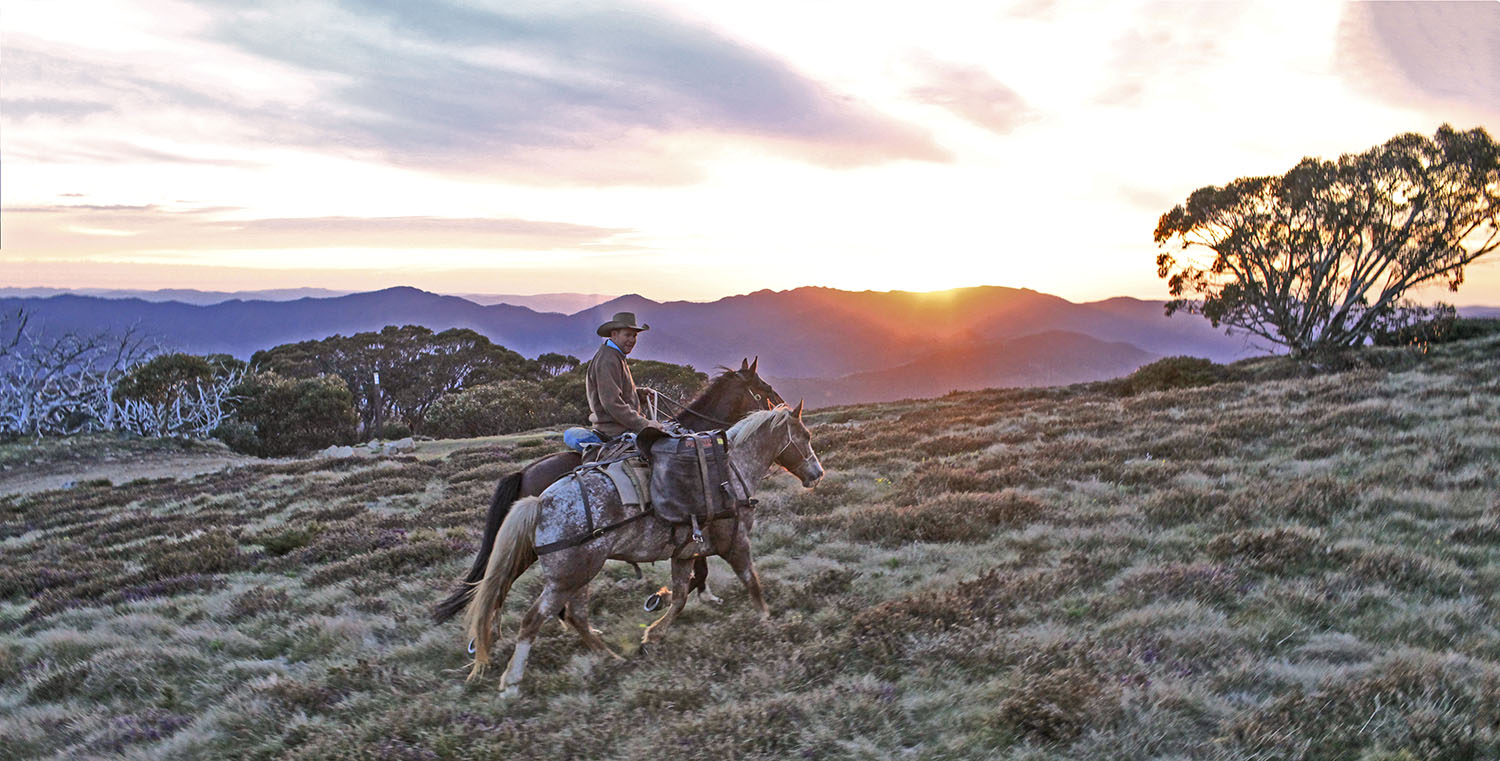 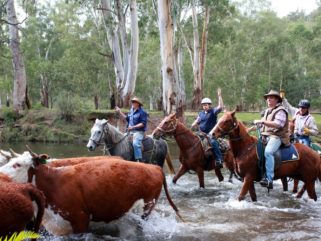