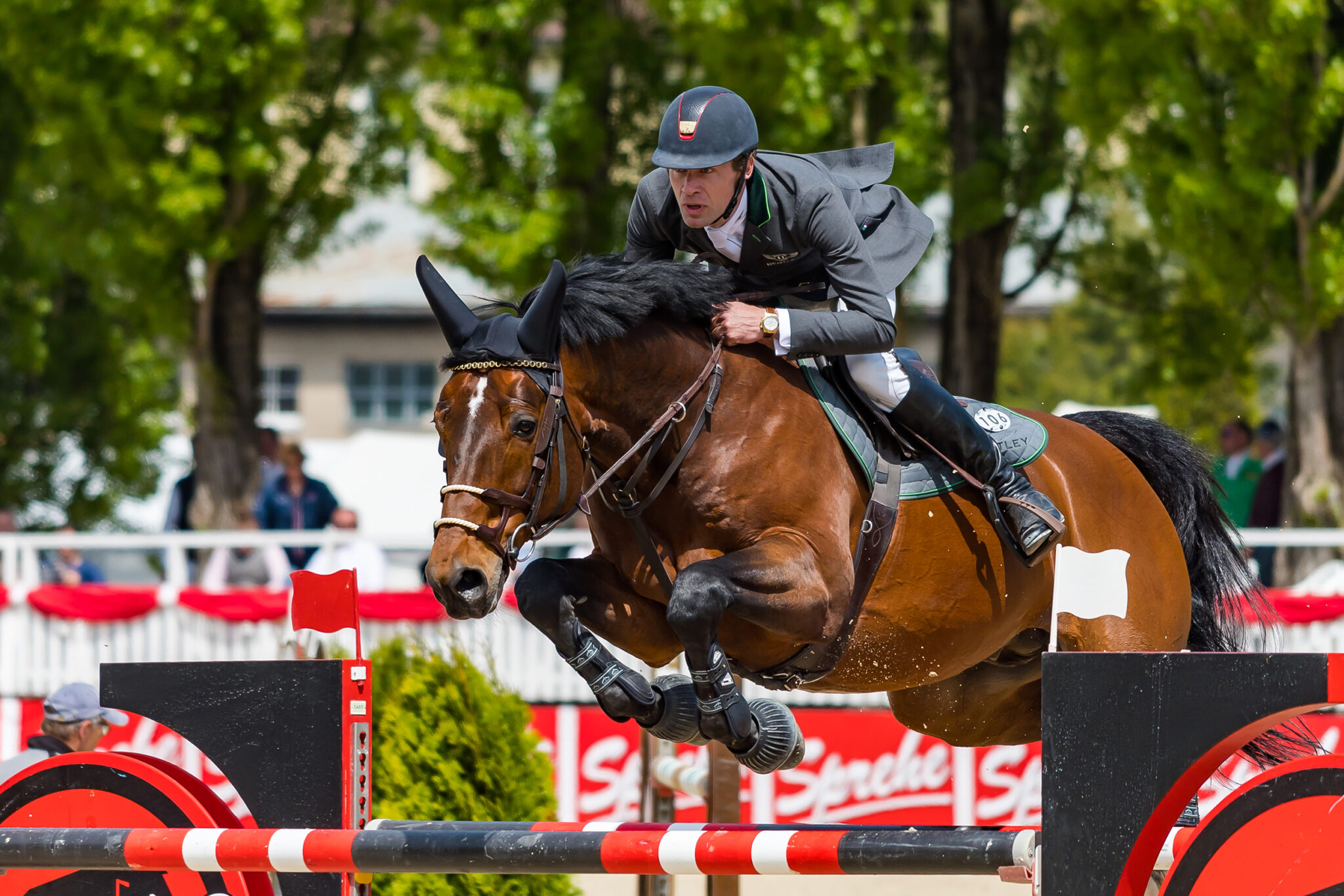 Breed origin: The intriguing history of warmblood horse breeding in Belgium begins in 1937, when a studbook was founded by the rural cavalry. As well as being used in war, the horses were used to teach and entertain Belgium’s youth, who showed off their horsemanship skills in local competitions. At first, they used whichever horses they could get their hands on, but over time, breeders developed horses specifically for these competitions by crossing Belgian Draft horses with various trotters and Thoroughbreds. However, back then, horse people in Belgium were only allowed to breed work horses. This was part of a national effort to preserve the Belgian Draft Horse, and it meant that these new cross-bred saddle horses were controversial to say the least!

It wasn’t until 1954 that the government overturned this ruling, but once it did, Belgian breeders wasted no time in developing an athletic saddle horse. In fact, the first saddle horse stallion show had already taken place, illegally, in 1953! Borrowing from their neighbours, Belgian breeders used the Dutch Warmblood and Gelderland from the Netherlands, the Selle Français from France and the Hanoverian and Holsteiner from Germany to improve their local stock. Later, Anglo-Arab and Thoroughbred bloodlines were also introduced.

50 years later, the Belgian Warmblood studbook had 3,500 broodmares to its name and a number of world class show jumping champions, the most legendary being Big Ben. It has frequently been ranked among the top 5 show jumping studbooks in the world.

Distinguishing features: The motto of the Belgian Warmblood studbook is ‘bred to perform’, and these horses certainly are! Although their physical features vary to some extent, all Belgian Warmbloods carry the studbook brand on their left thigh, which consists of a pinwheel of horse heads. Belgian Warmbloods vary in size, but the ideal height for a stallion is 16 to 17 hands high. They have a compact, muscular body, good solid bone, sloping shoulders, powerful hindquarters and a relatively long, elegant neck. Their chest is deep and their clean, strong legs lead to well-formed hooves. Their head is refined, elegant and carried proudly. Belgian Warmbloods are willing to please, trainable, brave and spirited. They are selectively bred for their jumping ability above all else, although the traits that give them such great success in the show jumping arena also see them excel in many other disciplines. They come in many colours, including pinto, but the most common colours are grey, chestnut, bay, brown and black.

Modern day Belgian Warmblood: Belgian Warmbloods are frequently seen performing at international-level show jumping events, and they can also be talented eventers, dressage mounts and show hunters. Thanks to their pleasant temperament, they make excellent pleasure mounts, too.